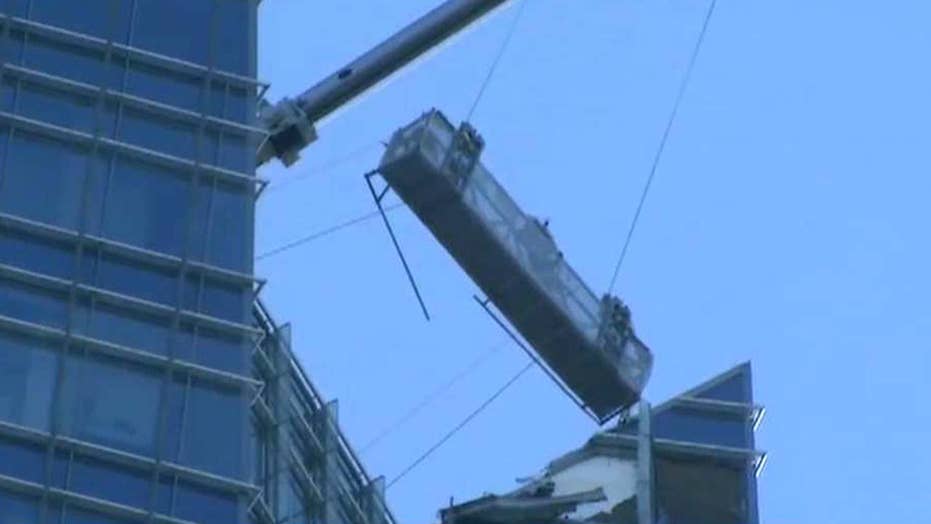 The Oklahoma City Fire Department has been called in to secure a large basket containing two window washers swinging at the top of Devon Tower.

Two window washers were rescued Wednesday after the large basket they were in started "swinging wildly out of control" at the top of Devon Tower in Oklahoma City, officials said.

The "very dangerous situation" unfolded around 7:45 a.m. local time. Police and fire officials quickly warned those nearby to stay away from the area.

Workers were on the lift when the basket became loose, and started swinging "out of control." It's unknown what caused the dangerous incident.

The basket was seen crashing into the side of the building several times as it swung back and forth in the sky.

Around 8:30 a.m., officials said "the basket is now secured and firefighters are working to get the two window washers out of the basket."

It was not immediately clear whether anyone was injured.