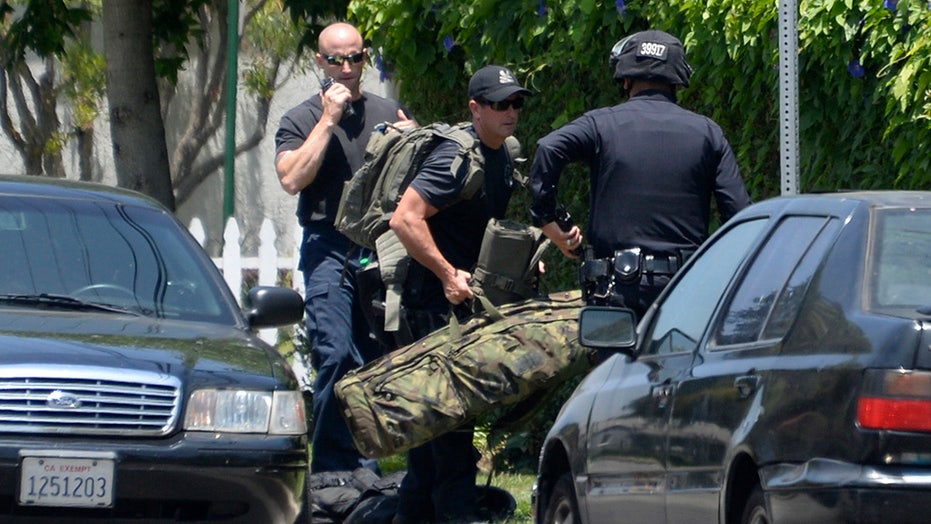 A former member of a Los Angeles police SWAT unit is alleging in a lawsuit that officers encouraged the use of deadly force and retaliated against him for speaking out against misconduct.

Sgt. Timothy Colomey filed the suit Tuesday in Los Angeles County Superior Court, where he claims a group of veteran officers dubbed the "SWAT Mafia" exercised control over the unit's membership, operations and promotions while also exerting influence in a manner disproportionate to their rank.

Colomey joined the LAPD sometime around 1995 and served in SWAT for 11 years until November 2019. He left after being retaliated against for revealing inappropriate behavior by unit members, according to the lawsuit.

LAPD MEMORIAL TO FALLEN OFFICERS IS DEFACED WITH CRUDE MESSAGES

LAPD and SWAT sniper units surround a house where a man armed with a rifle barricaded himself, in Los Angeles in 2014. A former SWAT member filed a lawsuit Tuesday alleging a group of officers encouraged the use of deadly force and engaged in police misconduct.

The suit claims SWAT officers who have chosen alternative means in lieu of deadly force during encounters with criminal suspects are often ostracized and pushed out. Other officers who have advocated for promotions based on merit rather than the "SWAT Mafia’s nepotistic control" have been subjected to false accusations of favoritism and bias themselves, according to the complaint.

The group has also threatened and labeled officers as "enemies" for speaking out against its outsized influence, the lawsuit says.

“SWAT officers who have chosen not to use lethal force in suspect encounters, and who have instead sought to deescalate conflicts, have been ostracized and labeled ‘cowards’ by the SWAT Mafia,” the suit says. “These officers will never succeed or promote within SWAT.

"The SWAT Mafia’s control over SWAT has resulted in a deplorable binary choice for officers and supervisors within SWAT: Either adopt the SWAT Mafia’s aggressive ways and kowtow to them, and thereby flourish within the unit, or reject the SWAT Mafia’s culture of violence and stand up to its nepotism, and thereafter be pushed out of the unit, the lawsuit continues. "As set forth below, Plaintiff chose the latter, and was forced out of SWAT for doing so."

The SWAT unit, known as "D Platoon," is part of the department's Metropolitan Division, which has been mired in recent controversy. Three officers have been charged with falsely labeling people as gang members or associates on field interview cards. More officers are under investigation.

In 2018, the LAPD began investigating the unit over a complaint that its culture was comparable with that of the department's Rampart scandal in the 1990s, in which dozens of officers were implicated in unprovoked beatings, shootings, the planting of evidence and stealing drugs.

During an interview with an Internal Affairs investigator, Colomey alleged the unit engaged in improper use of force and other examples of misconduct. When the investigation with his statements was released to SWAT commanders, Colomey was treated with hostility and criticized for trivial matters, the suit says.

One SWAT member stated: "I saw the complaint, I know what he said about the Platoon. We are done with him," the suit said. 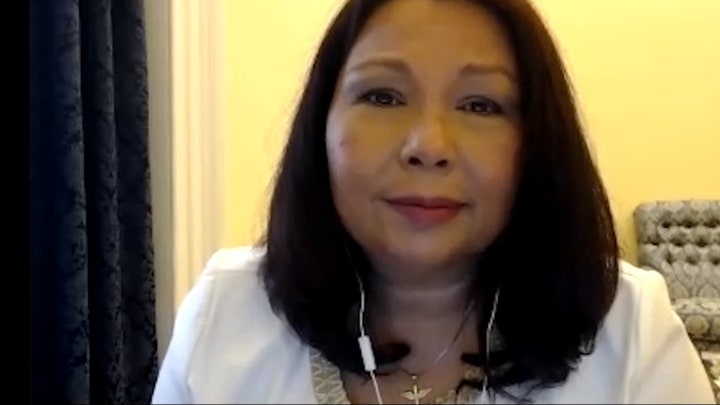 Another allegedly told a group of officers that “I have a copy of the Complaint Investigation on my desk, and every time I read it, it raises my blood pressure." The lawsuit says commanders “are aware of the serious and systemic problems that are linked to the SWAT Mafia’s power, but they have all turned a blind eye to these problems."

The lawsuit comes a year after Colomey was featured on an LAPD podcast -- "Born in Boston - A SWAT Stroy." The story delves into his career and his experience as a young cop when he was struck by a vehicle while chasing a man with a gun on foot.

Colomey currently works on assignment at the Los Angeles International Airport, the complaint said, where he "has had no real responsibilities" and is "grossly underutilized."