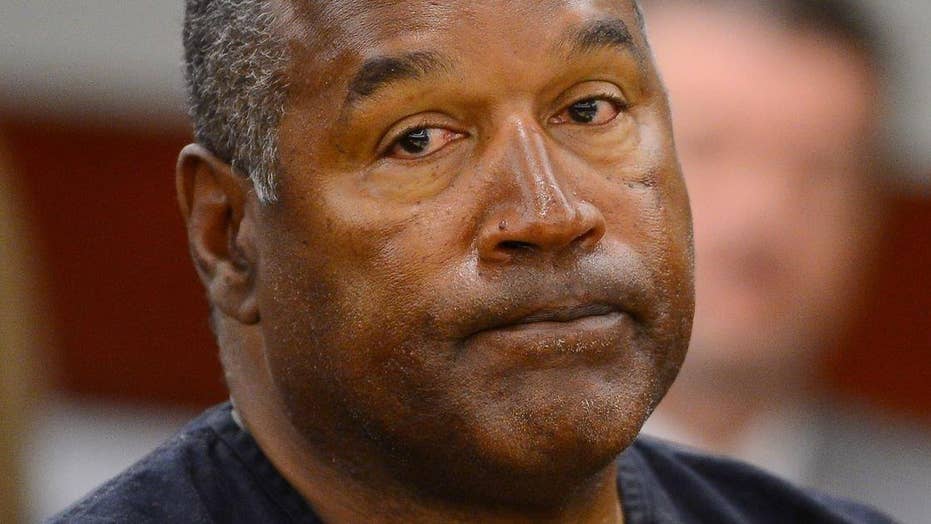 A lawyer for a retired Los Angeles police officer, who was given a knife found at O.J. Simpson’s former estate, said he tried to turn it into the Los Angeles Police Department but they had no interest in it.

George Maycott retired from the LAPD in 1998 and thought to submit the knife to the department immediately in 2003 when it was given to him, according to the UK Daily Telegraph. Trent Copeland, Maycott’s lawyer, denied the claim that the officer was a “bumbling cop.”

Maycott was working as a security guard on a film set at the time when a construction worker gave him a knife which he said was found on Simpson’s former property in Brentwood.

Copeland told the Telegraph the man said to Maycott, “Hey look, I found this knife on what I think is O.J. Simpson’s property.”

“It is dirty, muddy and rusted out, but do you guys want it,” the worker apparently said.

Copeland said immediately after Maycott was given the knife, Maycott called the LAPD traffic division to report what he was given.

“O.J. Simpson has been acquitted (so) there’s nothing we can do,” Copeland said Maycott was told. Police cited the double jeopardy rule.

After talking with the police, Maycott believed the knife had “no evidentiary value.” He subsequently placed the object in a toolbox, where it remained for the next 13 years, the lawyer said.

“He also doesn’t want to be portrayed as the bumbling cop who had evidence here and did not do anything with it,” Copeland told the paper. “He did ask what he should do with that knife.”

TMZ initially reported Friday that a construction worker found the knife years ago and gave it to an off-duty cop who kept it in his home before finally turning it over to police in January. Fox News confirmed that the knife was undergoing forensic testing.

Law enforcement sources told TMZ the blade is a folding Buck knife. It's now being tested for hair and DNA after it was handed over to the LAPD’s Robbery and Homicide Division.

"It is being treated as we would all evidence," LAPD Capt. Andy Neiman said Friday. He added that police were "quite shocked" to learn about the knife after so many years.

The owner of Weber-Madgwick, the company that razed Simpson’s Brentwood estate, told the Los Angeles Times Friday that no one on his crew found anything.

“I think it’s a joke. I think it’s just filler. No one on my crew found anything,” Mike Weber told the LA Times.

The construction crew spent six weeks tearing down the home where Simpson lived at the time of the murders of Nicole Brown Simpson and Ron Goldman in 1998. Jobs were being done at the property for at least two years as a new home was being built, Weber said.

Simpson's property was in the Brentwood section of LA. In 1995, a jury found him not guilty of murder after the so-called "Trial of the Century" dominated the media for months. Nicole Brown Simpson and Ron Goldman, her friend, were found stabbed to death in June of 1994.

In 1997, a jury found Simpson civilly liable for the slayings. He's now imprisoned in Nevada on a robbery-kidnap conviction.

The weapon used in the killings has been a mystery for decades.

NBC News, citing unnamed law enforcement officials, reported that it was a smaller, relatively inexpensive utility-style blade typically carried by construction workers or other laborers and inconsistent with it being the murder weapon.

Sources told TMZ authorities are keeping their investigation top secret and under wraps, even logging the case into a computer system outside the official case file.