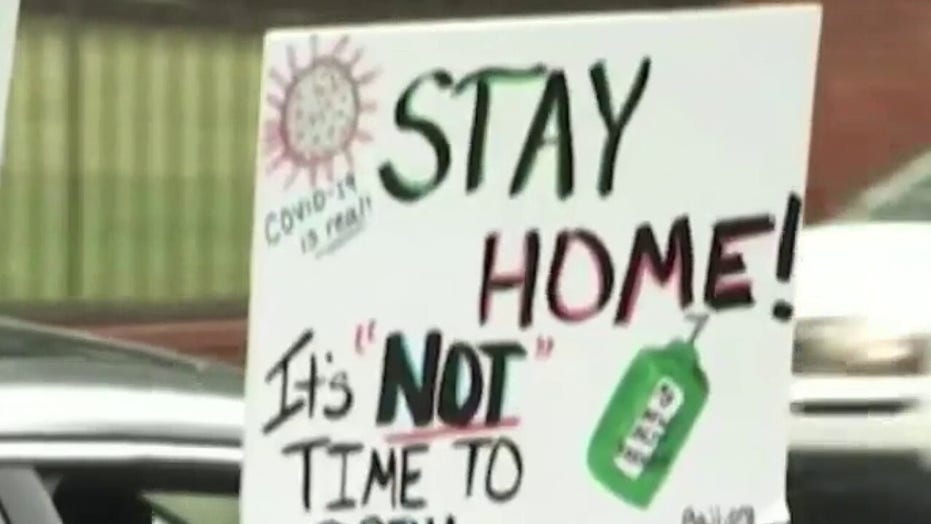 A city in California is banning protesters of the coronavirus lockdowns from carrying flagpoles on public property, according to a report.

Laguna Beach Police Chief Laura Farinella asked the city council this week to prohibit poles, which could be considered a weapon during demonstrations.

“When the Police Department and lifeguards responded, poles could have been used as weapons,” Farinella said about a May 2 protest in Laguna Beach. “Some were very long, and in some cases, people held two.”

The city council unanimously agreed Tuesday: Protesters could face a misdemeanor if they refused to carry flags in their hands instead of on poles.

Californians are divided, and in many cases, torn, about wanting to get back to work as quickly as possible to earn money and put food on the table, while also staying safe from the virus and tending to children stuck at home since schools closed.

California became the first state under a stay-at-home order March 19, and as the unemployment numbers surge, there has been growing pressure to move more quickly on reopening.