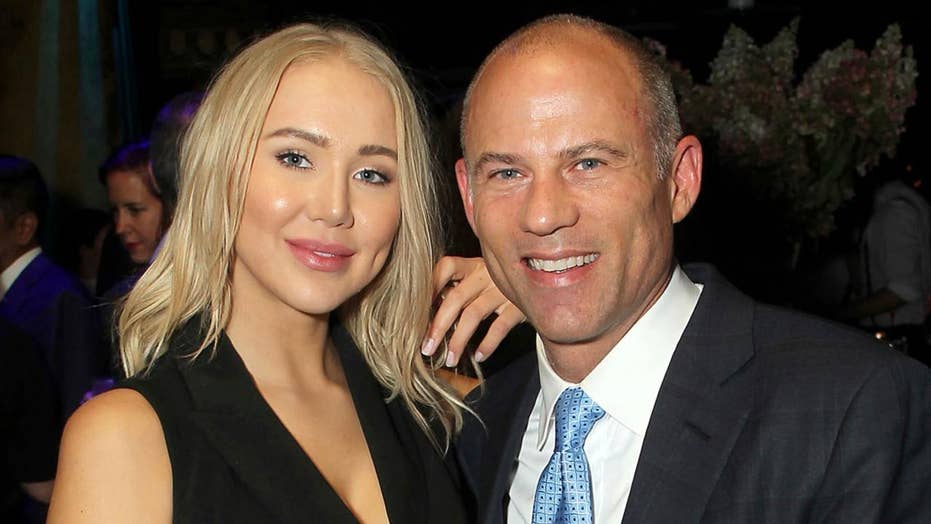 Mareli Miniutti, the actress who was granted a temporary restraining order against attorney Michael Avenatti claimed, in court documents, that he 'dragged' her on the floor and put her into a public hallway dressed only in a T-shirt and underwear.

Avenatti is best known as the attorney for adult film star Stormy Daniels, who says she was paid to keep quiet about an affair with Donald Trump years before he became president. The lawyer was arrested on a felony domestic violence charge last week. Actress Mareli Miniutti says in court papers that Avenatti dragged her by the arm across the floor of his Los Angeles apartment after an argument.

Miniutti, 24, said she and Avenatti, 47, dated from October 2017 to Nov. 13 of this year, the night Avenatti allegedly hit her in the face with pillows and followed her into a guest bedroom where she went to sleep alone, The New York Times reported.

Miniutti said they had an argument about money in his Los Angeles apartment.

“He dragged me on the floor of the apartment towards and out of the door into the public hallway,” she wrote in the declaration. “I was wearing only my underwear and a T-shirt at the time, and suffered scratches to the bare skin on my side and leg.”

Avenatti, who had called the allegations "completely false" and a fabrication, said in a statement he was thankful the district attorney had not taken up the charges.

"This Thanksgiving," he said, "I am especially grateful for justice."

His client Daniels, whose real name is Stephanie Clifford, has said she had an affair with Trump in 2006, and with Avenatti representing her, she has sued to invalidate the confidentiality agreement she signed days before the 2016 presidential election. She also sued Trump and his former personal attorney, Michael Cohen, alleging defamation.

Avenatti has become a very public figure in his defense of Daniels and has floated the idea of running for the Democratic presidential nomination in 2020.