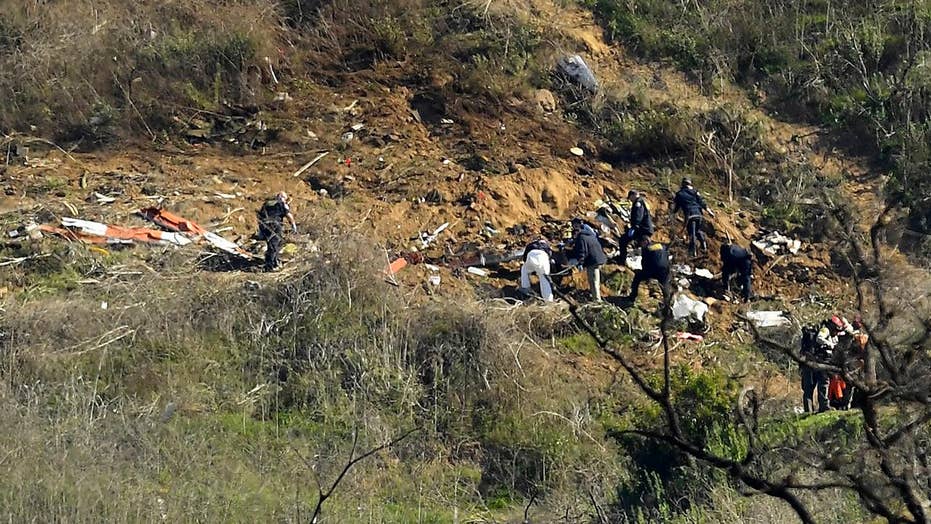 The seven people who died alongside NBA great Kobe Bryant and his teenage daughter Gianna in a helicopter crash in California over the weekend are being remembered Monday for the differences they made in their communities.

As officials are investigating what led the Sikorsky S-76 helicopter to plunge from the sky in Calabasas, about 30 miles northwest of downtown Los Angeles, tributes are pouring in for the victims, who include baseball and basketball coaches, mothers and daughters and a pilot well-respected in the aviation community.

The seven others who died Sunday in the crash have been identified.

Ara Zobayan was the pilot. 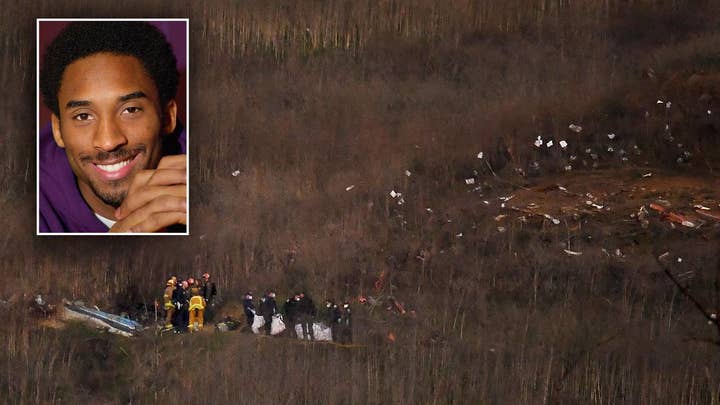 John Altobelli – a longtime baseball coach at Orange Coast College – his wife Keri and youngest daughter Alyssa were three of the victims onboard the helicopter, the school says.

The couple has two surviving children, "JJ," who is in his late 20s, and Lexi, who is a minor, said John’s nephew, Bo Altobelli, who is also a baseball coach at Midland College in Texas, to Fox News.

John Altobelli is credited with helping lead the Orange Coast College Pirates to the 2019 state championship and was recognized last August as one of the national coaches of the year by the American Baseball Coaches Association. He coached New York Yankees slugger Aaron Judge in 2012 during a stint leading the Brewster Whitecaps of Massachusetts’ Cape Cod Baseball League.  He also coached the New York Mets' Jeff McNeil.

"It's hard to put into words what this loss means to the college and the athletics department," Jason Kehler, the athletics director at Orange Coast College – a public community college in Costa Mesa -- said in a statement. "John was a tremendous coach and an even better friend. Beyond that, he was an amazing mentor to all of the students and athletes that he taught and coached. He treated them all like family and his impact will live on forever."

The school says Altobelli was gearing up to start his 28th season as its baseball team’s manager.

Kehler told Fox News that about 200 people gathered at the baseball field Sunday to honor the late coach. He said the crowd included former players, coaches from other schools, families and colleagues. The school's baseball team will play their scheduled game Tuesday, which is to include a tribute to Altobelli, he said.

The team’s assistant coach, Ron La Ruffa, was quoted as telling CNN that Alyssa Altobelli was a teammate of Gianna Bryant’s at the Mamba Sports Academy in Thousand Oaks, which Kobe helped launch in 2018.

“My kids and I are devastated. We lost our beautiful wife and mom today in a helicopter crash. Please respect our privacy. Thank you for all the well wishes they mean so much,” he wrote.

Matt and Christina Mauser have three children aged 11, 9 and 3. They were both teachers and basketball coaches at a small private school. Matt Mauser told The Today Show that Bryant personally selected his wife to join the coaching staff at Mamba Sports Academy when he noticed her talents.

“I’m scared more than anything. I’m a little scared about the future,” he told The Today Show in a phone interview. “I’ve got three small kids and I’m trying to figure out how to navigate life with three kids and no mom.

“She was extraordinary. She was warm. She was incredibly bright,” he said. He said he knew all of the victims in the helicopter crash, adding “It was a family. They all really cared for each other.”

“They were amazing people … They were wonderful, they were warm. They loved their kids and they were so proud that their kids were growing,” he added.

Mauser also spoke of Kobe Bryant’s decision to bring his wife on as a basketball coach.

“He saw what an amazing mind she had for basketball and he brought her on,” he said, explaining Bryant wanted her to teach the girls defense.

“Kobe didn’t really understand the zone defense because he never played at high school or college,” he said, laughing. “They called her the Mother of Defense — M.O.D.”

Sarah Chester and her 13-year-old daughter Payton both were killed in the crash Sunday. Sarah is survived by her husband Chris and her two 16-year-old sons, Hayden and Riley, who both attend St. Margaret’s Episcopal School in San Juan Capistrano, The Orange County Register reported.

Todd Schmidt, a family friend, and the principal at Harbor View Elementary School in Newport Beach, where Payton was a student, wrote a tribute to the mother and daughter on Facebook.

“As folks mourn the loss of Kobe Bryant, I want to take a moment to remember two gorgeous human beings who were with him, Sarah and Payton Chester.

“As a principal, we work with some amazing families...the Chesters were one of those...engaged, supportive, encouraging, and full of mischief and laughter...and they had the best kiddos! This family made such a huge impact at Harbor View...they were genuine, kind-hearted, and caring...to the staff, to other families...and yes, especially to me.

“While the world mourns the loss of a dynamic athlete and humanitarian, I mourn the loss of two people just as important...their impact was just as meaningful, their loss will be just as keenly felt, and our hearts are just as broken. You were both the embodiment of #hvepride, and the world is just a little less without you both in it. May you both Rest In Peace and know the deep impact you had on our lives. You will be so sorely missed.”

Ara Zobayan was a licensed pilot who "taught aspiring heli pilots to fly and was very much loved in the aviation community," Los Angeles’ KTLA reporter Christina Pascucci, who is also a licensed pilot, said on Twitter. "They wrote 'rest easy as you take your final flight to heaven,'" she said.

Pascucci said that, according to records, Zobayan was “instrument-rated,” which means he was rated to fly in fog and clouds. Los Angeles Police Department spokesman Josh Rubenstein told the Los Angeles Times that “weather conditions did not meet our minimum standards for flying.”

Dense fog covered the area and continued to hang low on the Santa Monica mountain range hours after the crash.