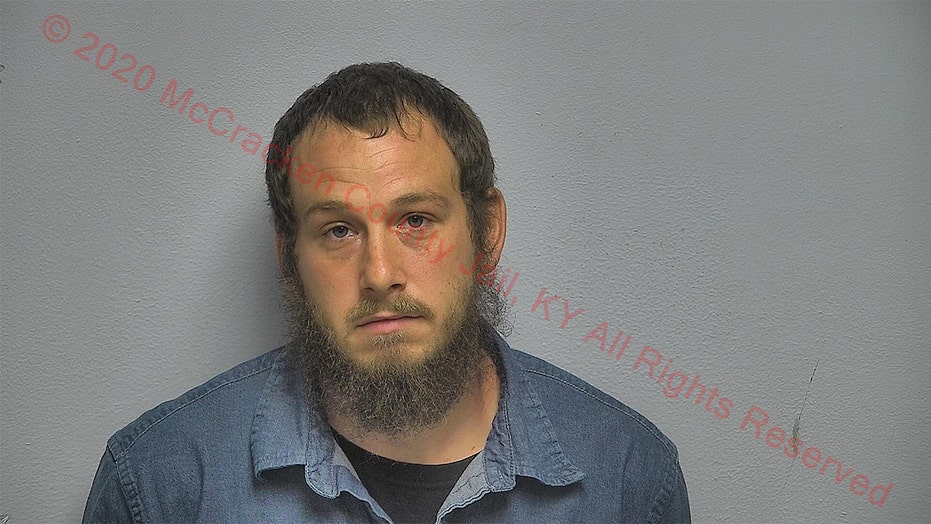 Jeremiah Wooley, a 25-year-old from Kevil, allegedly posted under the name “Nick Sample” in comments on a video about state troopers enforcing social distancing at a Kentucky church in mid-April.

Beshear’s ban on mass gatherings -- including at churches -- amid the coronavirus outbreak is part of his plan to slow the virus’ spread.

Sample's threats allegedly included comments like “I would shoot them ... in their face” and “Anybody think about maybe going and visiting the governor at his house,” according to court records.

Investigators traced Nick Sample’s IP address back to Wooley’s house, where they arrested him last Wednesday.

When they arrived, they said they found two handguns on his person and another 12 firearms in his home, including a .50 caliber rifle, according to the U.S. Attorney’s Office for the Western District of Kentucky.

Authorities said they found dozens of inert, novelty versions of MKII pineapple-style hand grenades in a bucket in the bedroom -- where they allegedly also found boxes of black powder, time fuses, ammunition primers and other components that could be used to assemble live grenades, accoring to the attorney's office.

If convicted on the federal charge of unlawfully possessing an unregistered firearm, Wooley could face a maximum sentence of 10 years in prison, a $10,000 fine or both, as well as up to three years of post-release supervision.

He also faces state charges including wanton endangerment, terroristic threatening and possession of marijuana, according to local authorities. He’s being held at the McCracken County Jail.