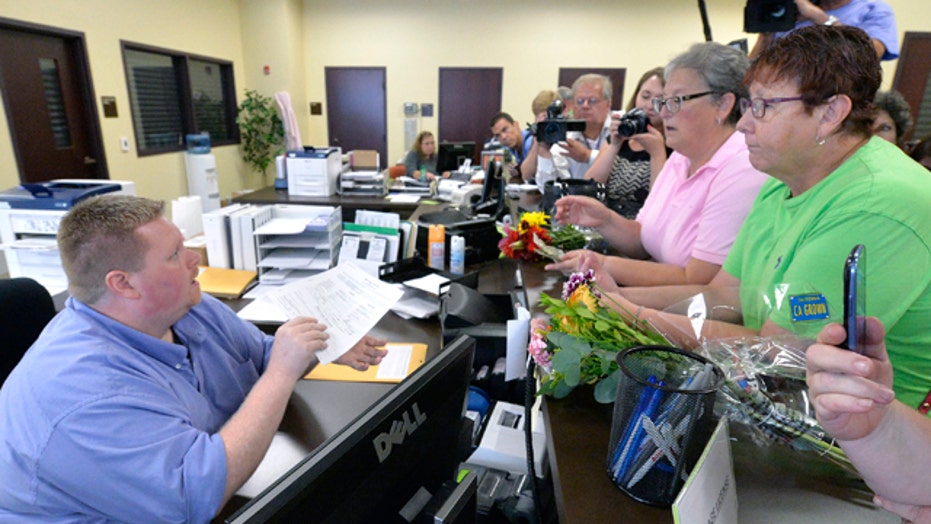 Shannon Bream reports on the case

A deputy county clerk in Kentucky said he'll issue marriage licenses to same-sex couples even if his boss tells him not to.

Brian Mason works for Rowan County clerk Kim Davis, who was jailed for five days over her refusal to issue marriage licenses to same-sex couples. Davis was released Tuesday. A judge warned her not to interfere with licensing. But her lawyers have said she can't violate her conscience, and Davis has repeatedly cited her beliefs about homosexuality as an apostolic Christian. The attorneys wouldn't say exactly what she'll do when she returns to work Friday or Monday.

Mason said Wednesday morning as the office opened that licenses would be granted to anyone seeking them. He told reporters that if Davis tells him to stop, he will tell her no.