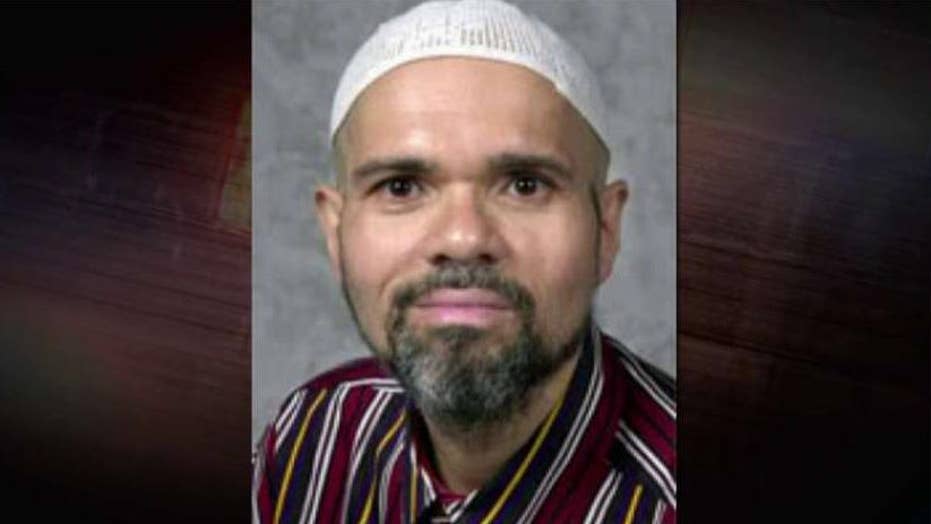 A controversial Ohio college professor who has been accused of being an ISIS sympathizer was suspended and banned from campus after he was slapped with federal charges.

Julio Pino, a Kent State University associate history professor known for his fiery anti-Israel rhetoric, became the focus of a 2016 FBI investigation after he was accused of using his position on campus to influence students to support the Islamic State, FOX 8 reported.

Pino, a pro-Palestinian Muslim convert, was charged on Monday with lying to the FBI, according to the U.S. Attorney’s Office in the Northern District of Ohio.

A Kent State spokesperson told Fox News that Pino – who has worked at KSU since 1992 and specializes in Latin History and the Third World – was suspended and prohibited from entering the Kent State campus Monday after charges were filed in federal court.

“The university continues to cooperate with the Department of Justice on this matter, and all inquiries about this case should be directed to that office,” the statement read in part.

According to the criminal complaint filed in U.S. District Court in Cleveland, Pino lied to an FBI special agent about communications he had with a Facebook friend, J.E., who was arrested for making threats against a judge involved in a child custody case.

In one of these conversations on Sept. 11, 2015, the two discussed killing hundreds of people if J.E.’s parental rights were taken away.

J.E. wrote, “hell, 10000’s! …See the thing I’ve got on my side is God. That allows me certain rights. One of those rights is to strike down evil with furious vengeance!...People don’t even know how crazy I am yet! That’s because no ones ever tried to take my [relative]. They’re about to meet to [the] Moster they’ve created.”

Two months later, J.E. started posting threats against the family court judge. In January 2016, J.E. wrote, “I f***ing love Julio Pino, even if he does eventually do something that most consider horrible, I’ll still love him because I know him in a deeper way than most of you even could.”

When questioned by FBI agents, Pino said he “never heard of [J.E. or] maybe I heard of him through the news” and later said, “it is certainly possible that he could have heard of me and made up this conversation, invented it.”

Pino’s attorney, Warner Mendenhall, told Cleveland.com that the controversial professor planned to retire at the end of the semester but couldn’t discuss the specifics due to ongoing plea negotiations.