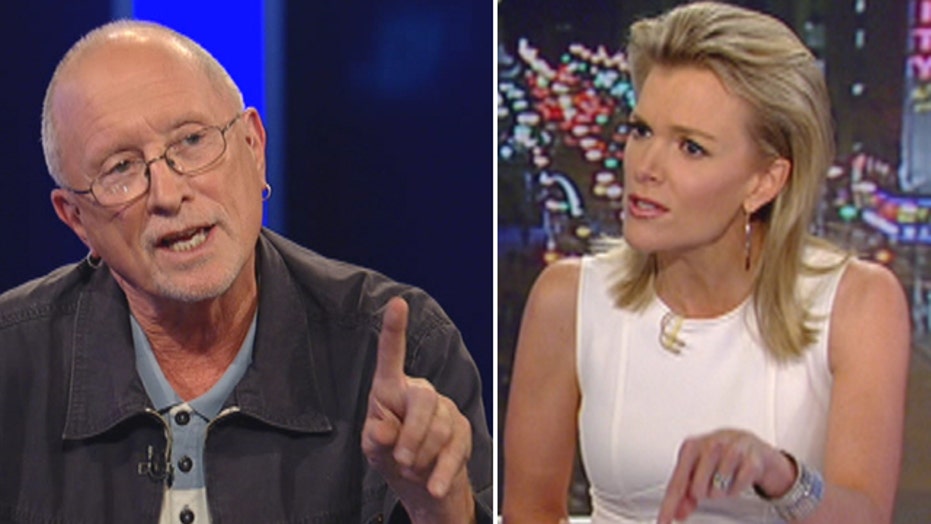 Megyn Kelly challenges Bill Ayers about his criminal past

He's been called an education visionary, a confidante of the future president and a terrorist, but he's never had to answer questions like these.

William Ayers, who went from leading the Weather Underground in the 1960s and early 1970s to becoming a celebrated academic at University of Illinois, sat down for a no-holds barred interview with Fox News Channel's Megyn Kelly, which aired Monday night.

Unlike prior interviews with liberal media outlets, Kelly pressed Ayers on how his own girlfriend died with two others while building a nail-filled bomb intended to rip through a dance hall filled with U.S. soldiers, his current wife, once at the top of the FBI’s most wanted list, claimed credit for bombing the home of a federal judge and his admission that he couldn't "rule out" conducting more terror activities against America.

At one point, Kelly asked Ayers, "you realize people could’ve been hurt, you admitted it in the beginning."

"I realized people could’ve been hurt," Ayers replied. "Thank god they weren’t, but we made every attempt not to and they weren’t."

"Do you recognize the recklessness of that?" Kelly asked. "Who are you to endanger the lives of the individuals who may have been in or around the building at that time?"

Kelly also asked Ayers just how well he knows President Obama, who lived in the same Chicago neighborhood as Ayers and his wife, Bernadine Dohrn, prior to 1600 Pennsylvania Ave.