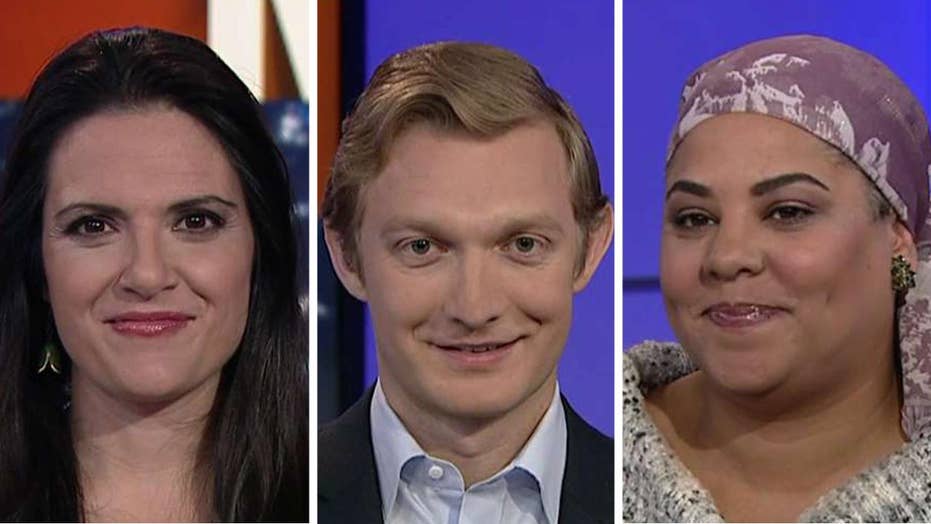 'The Next Revolution' panel discusses the verdict.

One of the jurors who last month found Jose Ines Garcia Zarate not guilty of murdering Kate Steinle defended his decision, calling the 2015 shooting “a freak accident.”

The juror, who asked not to be identified, told NBC Bay Area why the jury ultimately decided Zarate was not guilty of murdering Steinle on Pier 14 in San Francisco in July 2015. Steinle was walking with her father and a family friend when she was shot, collapsing into her father’s arms. The bullet had ricocheted on the pier's concrete walkway before striking Steinle, killing her. Zarate admitted to shooting Steinle, but said it was an accident.

KATE STEINLE’S ACCUSED KILLER FOUND NOT GUILTY OF MURDER, TO BE DEPORTED

The case immediately rose to national prominence, in part fueled by the debate around so-called "sanctuary cities" that refused to follow federal immigration laws when dealing with illegal immigrants. Zarate had been released from a San Francisco jail about three months before the shooting, despite a request by federal immigration authorities to detain him for deportation.

"If I were not a juror on this trial, I would probably think the same way: 'Why did you let him go free?'"

The juror said, however, that the jury was not allowed to “consider the defendant’s prior record of politics, including sanctuary cities,” NBC Bay Area reported.

"If I was not a juror on this trial, I would probably think the same way: 'Why did you let him go free?'" the juror said. "But again, the reason is, they could not prove to us that he intentionally killed her. And through all the evidence, I really think that it was a freak accident."

The juror said his main concern was the manslaughter charge and if Zarate was threatening people with the gun or waving the weapon before shooting Steinle.

“During the trial they could not prove that," he said. "All the videos we saw never, not even one video showed that he was pointing the gun at her. So I think it was very weak."

The juror said he understood the national backlash the decision caused, however, he was confident the jury reached the right conclusion.

"I am comfortable with my decision," he explained. "I can put my head on a pillow and sleep well thinking that I made the right decision."

Zarate was acquitted of first and second-degree murder and involuntary manslaughter. He also was found not guilty of assault with a semi-automatic weapon. He was found guilty of possessing a firearm by a felon and is set to be deported back to Mexico, though he's likely to face a federal trial first.