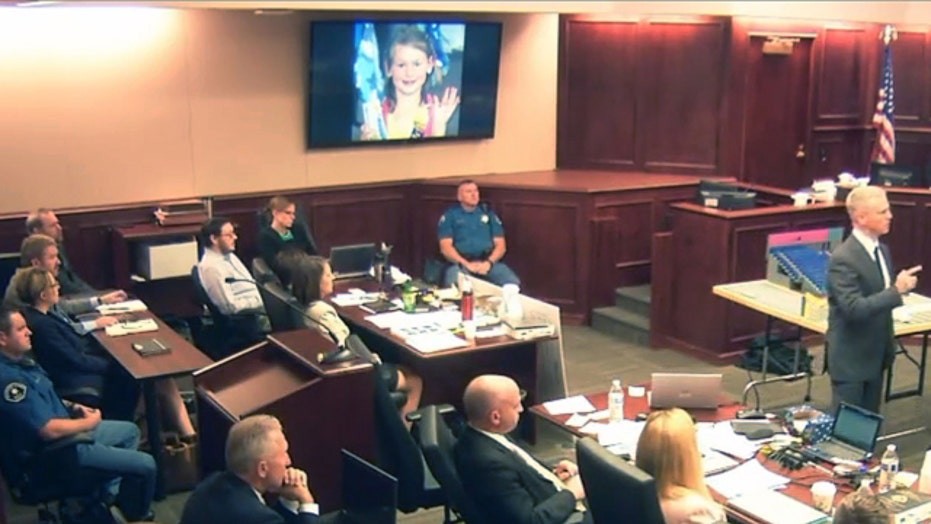 Jurors have unanimously agreed the death penalty should remain an option for Colorado movie theater shooter James Holmes as the sentencing portion of his trial heads to its final phase.

The decision clears the way for a last plea from both sides, including what is expected to be gripping and emotional testimony from victims about the harm and suffering Holmes caused with his slaughter.

After those arguments, the jury will make its final decision on whether the 27-year-old should die by lethal injection or spend the rest of his life in prison.

If jurors did not unanimously agree that mitigation outweighs aggravation, Holmes would have been automatically sentenced to life in prison.

The same jury last month convicted Holmes of killing 12 people and injuring 70 in the July 2012 attack at a suburban Denver movie theater. Jurors rejected the defense claim that mental illness had so warped his mind that he could not tell right from wrong.

A jury is deciding whether to sentence convicted Colorado theater shooter James Holmes to life in prison or death. (AP)

In the first step of Colorado's complicated death sentencing process, prosecutors argued Holmes sprang a terrifying and cruel ambush on hundreds of unsuspecting victims. Jurors agreed and said the crime was so heinous that the death penalty could be appropriate.

In the second step, defense lawyers pleaded with jurors to show mercy, saying it was mental illness and not free will that drove Holmes to murder. They called dozens of former teachers, family friends, and Holmes' parents and his sister, who told jurors Holmes had been a happy, friendly child known as "Jimmy" but kept to himself in his later years.

Holmes' parents, Robert and Arlene Holmes, testified that they never suspected their son was mentally ill. But Robert Holmes acknowledged they rarely communicated with Holmes in the months before the shooting and, in his family, emotions just weren't talked about.

A forensic psychiatrist testified that the younger Holmes was "genetically loaded" for mental illness, as Robert Holmes' father and twin sister had been hospitalized with mental illness.

"He was not a violent person. At least not until the event," Robert Holmes said, referring to the theater attack.

The jury began deliberating for a short time Thursday before breaking for a long weekend. They resumed deliberations Monday morning and sent a note to the judge that they'd reached a verdict at 11:55 a.m. ET.

The jury deliberated for a total of just under two and a half hours.

Now both sides can call witnesses and present evidence before the jury deliberates one last time to decide whether Holmes lives or dies.

Holmes was a promising student in a demanding neuroscience Ph.D. program at the University of Colorado when his life went awry. He broke up with his first and only girlfriend and dropped out of school, abandoning his longtime goal of becoming a scientist.

In an eerie notebook introduced as evidence in his trial, Holmes laid out his plans of attack, diagnosed himself with a litany of mental problems and wrote that he hid the depths of his problems — and his homicidal plans — from everyone.

Shortly after midnight on July 20, 2012, he slipped into the suburban Aurora theater and opened fire with a shotgun, assault rifle and semi-automatic pistol before surrendering meekly to police outside.

Fox News’ Jennifer Girdon and The Associated Press contributed to this report.