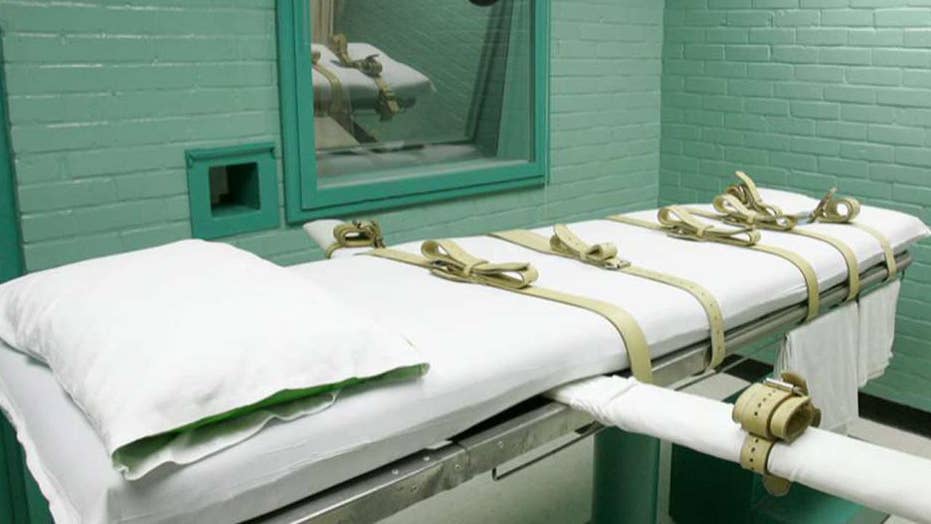 Will Carr breaks down the controversial plan

A federal judge issued an order Saturday halting Arkansas' unprecedented plan to execute seven inmates by the end of the month.

Arkansas was set to execute the first two inmates by lethal injection on Monday night. The state is expected to appeal the decision.

Gov. Asa Hutchinson had scheduled the executions to take place before the state's supply of midazolam, one of its lethal injection drugs, expires at the end of the month. Arkansas hasn't executed an inmate since 2005 because of drug shortages and legal challenges.

On Friday, a state judge issued an order blocking use of one of the state’s other execution drugs and the state's highest court granted a stay to one of the first inmates who had been scheduled for execution.

Judge Wendell Griffen of the Pulaski County Circuit issued a temporary ruling that prohibits Arkansas from using its supply of vecuronium bromide after a company said it had sold the drug to the state for medical purposes, not capital punishment.

Griffen scheduled a hearing for Tuesday, the day after the first execution was scheduled to start.

Griffen's order effectively halts the executions, which had dropped to six after Friday's state Supreme Court order blocking one execution and a federal judge halting another last week, unless it's reversed or the state finds a new supply of the drug.

Arkansas originally planned to execute eight people before the end of April, when its supply of midazolam expires. That plan, if carried out, would have marked the most inmates executed by a state in such a short period since the U.S. Supreme Court reinstated the death penalty in 1976.

An inmate has not been executed since 2005 due to drug shortages and legal challenges.

"As a public opponent of capital punishment, Judge Griffen should have recused himself from this case," A spokesman for Rutledge said.

The order came the same day justices issued a stay for Bruce Ward, who was scheduled to be put to death on Monday night for the 1989 death of a woman found strangled in the men's room of the Little Rock convenience store where she worked. Ward's attorneys have argued that he is a diagnosed schizophrenic with no rational understanding of his impending execution.

"We are grateful that the Arkansas Supreme Court has issued a stay of execution for Bruce Ward so that they may consider the serious questions presented about his sanity," Scott Braden, an assistant federal public defender representing Ward, said in a statement.

McKesson said it had requested Arkansas return its supply of vecuronium bromide after the San Francisco-based company learned it would be used in executions. The company accused the Department of Correction of misleadingly using its medical director's license, which was to be used only to order products for "legitimate medical uses," to buy the drug.

"Without the medical license, and the associated tacit representation that the controlled drug would only be used for a legitimate medical purpose, McKesson would not have sold the vecuronium to ADC," the company’s lawsuit said.

Under Arkansas' protocol, midazolam is used to sedate the inmate, vecuronium bromide then stops the inmate's breathing and potassium chloride stops the heart.

Arkansas' execution timeline drew condemnation from hundreds of death penalty opponents who rallied at the Capitol waving signs including a large banner that read, "We remember the victims ... But not with more killing."