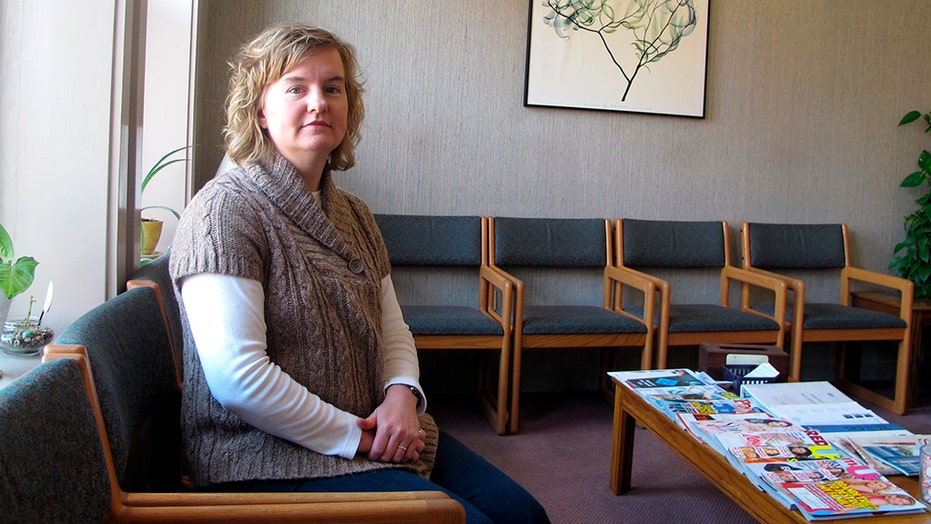 A federal judge in North Dakota on Tuesday blocked a state law requiring doctors to tell patients seeking a medication abortion that the procedure can be reversed if they have second thoughts.

DR. GRAZIE POZO CHRISTIE: WHAT BERNIE SANDERS SAID ABOUT ABORTION SHOULD SHOCK US ALL

"State legislatures should not be mandating unproven medical treatments, or requiring physicians to provide patients with misleading and inaccurate information," wrote U.S. District Judge Daniel Hovland. The law's provisions "violate a physician's right not to speak and go far beyond any informed consent laws addressed by the United States Supreme Court."

North Dakota is one of eight states to pass or amend laws requiring doctors to tell women they can still have a live birth after undergoing medication abortion, or pill abortion. The law would have required doctors to notify patients that "it may be possible to reverse the effects of an abortion-inducing drug if she changes her mind, but time is of the essence."

The American Medical Association and the Center for Reproductive Rights jointly filed suit to block the law on behalf of North Dakota's only abortion clinic, arguing that it violated physicians' First Amendment rights by forcing them to convey nonmedical statements with which they disagree.

“It’s simple: patients need to be able to trust their providers,” said Tammi Kromenaker, director of Red River Women’s Clinic. “Forcing us to give our patients false medical information would violate our medical ethics and endanger the trust our patients place in us.”

Supporters of the bill say the hormone progesterone may counteract an abortion pill if the woman has taken the first of two pills needed to complete the procedure. The second pill forces a miscarriage. Dr. George Delgado, a board member of the American Association of Pro-Life OB/GYNs, developed a protocol to counteract the first drug with extra progesterone if a woman decides to do so. Testifying in Colorado in 2017, he said the success rate with best protocols is 65 percent to 70 percent, while the overall success rate is 50 percent to 55 percent.

Republican state Rep. Daniel Johnston, who sponsored the contested measure, said it didn't restrict access to abortion, so he couldn't see "how anyone could be against it."

"If it gives hope to even one person who has started the process and wants to try to reverse it, it is worth providing that information," Republican Gov. Doug Burgum said when he signed it in March,

Marc Hearron, an attorney for the Center for Reproductive Rights, said doctors are being used as "political pawns" in the abortion debate. "We all have the right to free speech and to speak the truth. That doesn't change because you're a doctor who provides abortion care," he said.

The complaint also targets another law which requires doctors to tell patients that abortion terminates "the life of a whole, separate, unique living human being."  The court has yet to rule on this provision.

North Dakota has other stringent abortion protocols in place. Women seeking the procedure must wait 24 hours, and minors are required to notify their parents if they want to get an abortion. The state also limits the ways which private insurance carriers cover the procedure.

North Dakota is also the only state in which a law banning abortion for genetic anomalies such as Down syndrome is in effect.