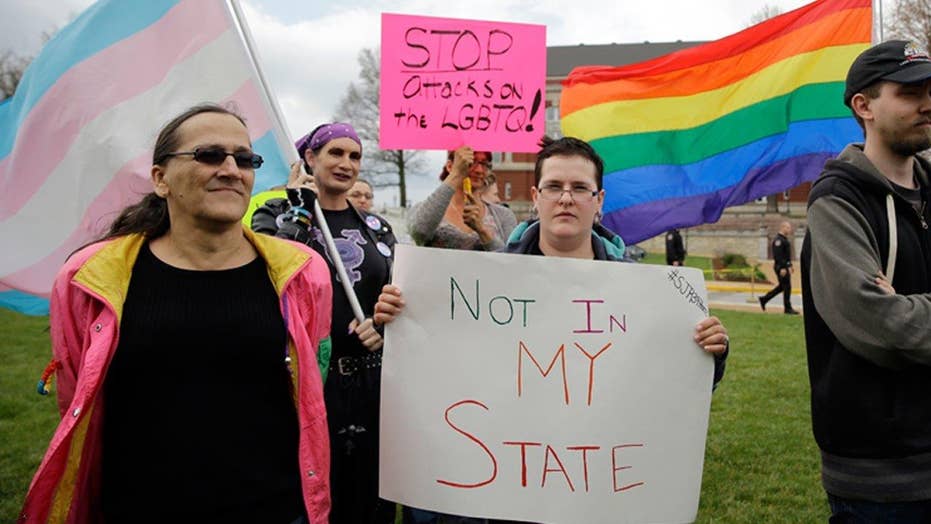 Why are 'religious freedom' laws being enacted?

Spirited Debate: Wendy Patrick on why 'religious freedom' laws are being passed and whether businesses will continue to discriminate with or without them

JACKSON, Miss. – A federal judge has blocked a Mississippi law that would let merchants and government employees cite religious beliefs in denying or delaying services to same-sex couples.

State attorneys are expected to appeal.

The law would protect three beliefs: That marriage is only between a man and a woman; that sex should only take place in such a marriage; and that a person's gender is determined at birth and cannot be altered.

It would allow clerks to cite religious objections to recuse themselves from issuing marriage licenses to same-sex couples and could affect adoptions and foster care, business practices and school bathroom policies.

Reeves wrote that the law is unconstitutional because "the state has put its thumb on the scale to favor some religious beliefs over others." He also wrote that it violates the Constitution's equal protection guarantee.

More than 100 bills were filed in more than 20 state legislatures across the nation in response to the U.S. Supreme Court ruling nearly a year ago that legalized same-sex marriage nationwide, UCLA law professor Douglas NeJaime testified before Reeves last week.

Reeves notes that one section of the bill specifies that the state could not punish any religious organization that refuses to solemnize a same-sex marriage.

"There is nothing new or controversial about that section," Reeves wrote. "Religious organizations already have that right under the Free Exercise Clause of the First Amendment."