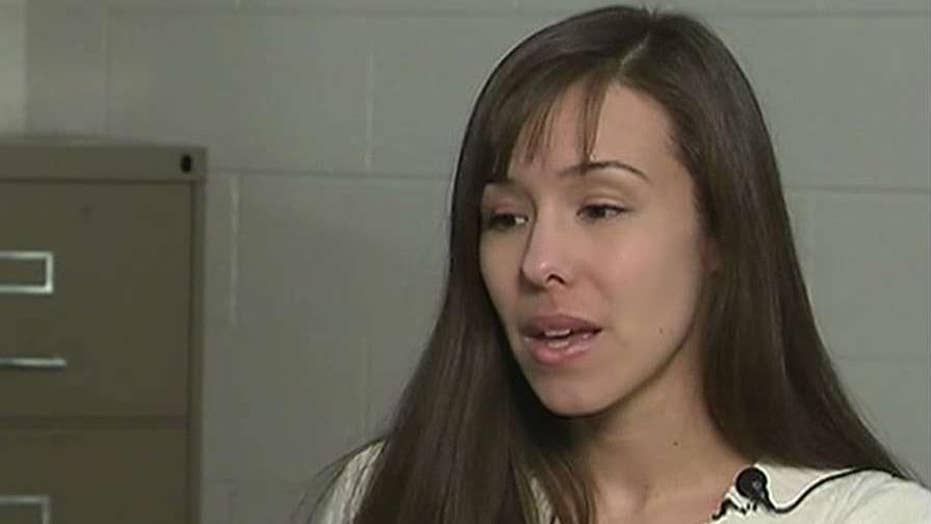 Jodi Arias attempts to overturn her murder conviction, claims that she did not get a fair trial

Arias' lawyers argue that there was prosecutor misconduct during her trial and that the judge allowed the case to turn into a media circus; chief correspondent Jonathan Hunt reports from Los Angeles.

An Arizona appellate court was deciding Thursday whether to reverse the murder conviction of Jodi Arias after her attorneys argued that a prosecutor had mishandled her case by whipping up publicity.

Cory Engle, a lawyer for Arias, told the Arizona Court of Appeals that prosecutor Juan Martinez improperly questioned witnesses, ignored rulings on evidence, courted publicity and made an unfounded accusation that an expert on her defense team had an inappropriate relationship with Arias.

Jodi Arias, left, looks on next to her attorney, Jennifer Willmott, during her sentencing in Maricopa County Superior Court in Phoenix.  (Mark Henle/The Arizona Republic via AP)

Engle said the theme of Martinez’s case was “Everybody else you should ignore, but me.”

Terry Crist, a lawyer for the Arizona attorney general's office, told the judges that he believes Martinez may have occasionally violated court rules, but that none of his actions should lead to a reversal of the conviction.

Arias is serving a life sentence for killing Travis Alexander at his home in the Phoenix suburb of Mesa in 2008. Prosecutors said Arias killed Alexander in a jealous rage after learning he was planning a trip to Mexico with another woman.

Maricopa County Prosecutor Juan Martinez speaks during a news conference to discuss the outcome of the Jodi Arias' sentencing retrial in Phoenix.  (AP)

Arias has acknowledged killing Alexander but claimed she acted in self-defense after he attacked her. He was stabbed nearly 30 times, had his throat slit and was shot in the head.

Arias was convicted of murder in 2013 but jurors were deadlocked on punishment. A second sentencing trial ended in early 2015 with another jury deadlock, leading a judge to sentence Arias to life behind bars.

Violent details about Arias and Alexander were broadcast live around the world. And Arias has courted the spotlight since her 2008 arrest, having done multiple media interviews before and after her conviction.

Engle said Martinez capitalized on publicity and went so far as to sign autographs and take pictures with fans outside the courthouse. She denied that her client had similarly courted publicity.

The judges didn't say when they would issue a ruling.