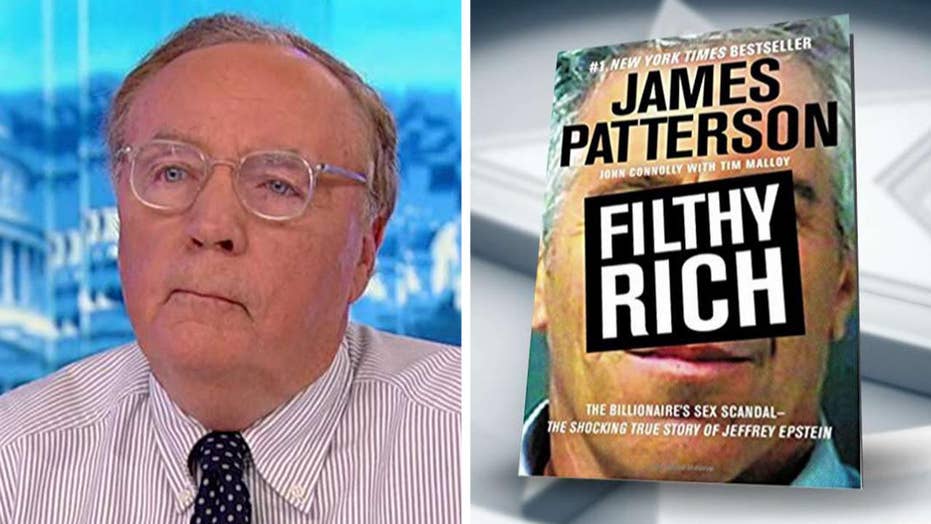 Best-selling author James Patterson on his investigation into Jeffrey Epstein

James Patterson says he hired three 'nasty, heavy-duty private eyes' to dig up 'as much as we could' for the 2016 book 'Filthy Rich.'

The formative years of disgraced multi-millionaire Jeffrey Epstein apparently were vastly different from his time as a jet-setting financial titan accused of sexually abusing scores of underage women.

Epstein, who currently faces multiple charges of sex trafficking, was born and raised in Brooklyn and lived what seemed to be a normal, middle-class life – a far cry from his years of opulence and excess during adulthood.

Epstein was born on January 20, 1953 in Brooklyn and was the first child of Seymour G. Epstein, a groundskeeper for the New York City Department of Parks, and his wife Pauline, a school aide. He was the older of two siblings.

Epstein and his brother, Mark, were raised in the gated community of Sea Gate, a private enclave located on the western end of Coney Island.

Like many others in the neighborhood, Epstein’s upbringing was that of a solid, middle-class family. The family lived in a modest apartment in a three-family home located on Maple Avenue. Neighbors described the Epstein family as modest folk.

“They were so gentle, the most gentle people,” a former neighbor told The Daily Beast. “Simple. The most simple people in the world.”

The neighbor also described how they were amazed by young Jeffrey’s exceptional abilities in mathematics.

“From simple to genius,” they told the website, adding that he was a quiet child.

“He was a little nerdy boy.”

Others described young Epstein as a typical, happy-go-lucky kid who started showing exceptional talent at an early age.

“Jeffrey’s a brilliant and good person,” childhood friend Gary Grossberg said in an interview for the biography “Filthy Rich,” written by novelist James Patterson. “He was a diamond in the rough, you see. People recognized Jeffrey’s brilliance early on.”

Others recalled how “advanced” he was.

“He tutored my girlfriend and me in the summer. He taught me geometry in just two months,” Beverly Donatelli said in her interview for the book. She was in school with Epstein at Lafayette High School in nearby Gravesend. She is two years older but was in the same class as Epstein because he had skipped two grades.

Donatelli said in her interview that she remembered Epstein as “a kindhearted boy” and something of a prodigy who was a gifted piano player and math whiz.

“I was talking to my girlfriends the other day,” she said. “There is nothing but nice we can say about him.”

“He is actually the reason I went to college.”

Donatelli also recalled how she believed the young Epstein had a crush on her.

“That last year in school, I think he kind of loved me,” she said during her interview. “One night on the beach he kissed me. In fact, our history teacher made up a mock wedding invitation for Jeffrey and myself to show the class.”

“That seems pretty inappropriate now. But back then, we all thought it was funny.”

James Rosen, a retired postal worker who also went to school with Epstein at Lafayette, said in his interview with Patterson that there were a lot of racial tensions at the time, but Epstein got through them unscathed.

“There was a lot of volatility at Lafayette,” Rosen said. “It was a blue-collar area that was, at one time, 90 percent Italian. Then a small amount of Jews moved in, and there was anti-Semitism. The Italians didn’t want the Jews there.”

“There were fights in the schools. They thought we were going to take over.”

Epstein seemed to have made friends easily. He was nicknamed “Eppy” among his pals and spent most of his time playing the piano and working on his prized stamp collection.

Epstein graduated from Lafayette in 1969 at the age of 16 and started taking advanced math classes at Cooper Union in the East Village of Manhattan. Aside from his academic talents, he was not a standout on campus. He was just another kid from Brooklyn, according to a passage in “Filthy Rich.” He started earning money by tutoring classmates.

In 1971, he transferred to New York University where he enrolled in the Courant Institute of Mathematical Sciences to study mathematical physiology but never graduated.

Two years later, Epstein started teaching at the prestigious Dalton School on the Upper East Side  He got his first taste of the good life at the tony institution, where he was teaching the children of New York’s elite. It also may have been where he first showed signs of predatory behavior.

Epstein often showed up for work pushing the limits on what was deemed appropriate within Dalton’s strict dress code, wearing a fur coat, gold chains and an open shirt that exposed his chest, according to The New York Times.

A former student told the newspaper that Epstein conducted himself in a strange manner with female students, giving them persistent attention and even showed up at a student party where teens were drinking.

“I can remember thinking at the time, ‘This is wrong,’” former student Scott Spizer told the newspaper.

Epstein was known for being charismatic and acting more like a friend to his students than their teacher.

In this courtroom artist's sketch, defendant Jeffrey Epstein, center, sits with attorneys Martin Weinberg, left, and Marc Fernich during his arraignment in New York federal court, Monday, July 8, 2019. Epstein pleaded not guilty to federal sex trafficking charges. The 66-year-old is accused of creating and maintaining a network that allowed him to sexually exploit and abuse dozens of underage girls from 2002 to 2005. (Elizabeth Williams via AP)

“He was goofy and like a kid himself,” Leslie Kitziger, who graduated in 1978, told the Times, adding that she remembered him as caring and attentive.

Other former students who spoke with the newspaper remembered Epstein in a different light, citing how they would often see him flirting with female students.

“There was a real clarity of the inappropriateness of the behavior — that this isn’t how adult male teachers conduct themselves,” said Millicent Young, a former student during his tenure at Dalton.

Epstein was eventually asked to leave by school officials but the reasons were not clear.

“Epstein was a young teacher who didn’t come up to snuff,” Peter Branch, interim headmaster for Dalton at the time, told The Times.

“So, ultimately, he was asked to leave.”