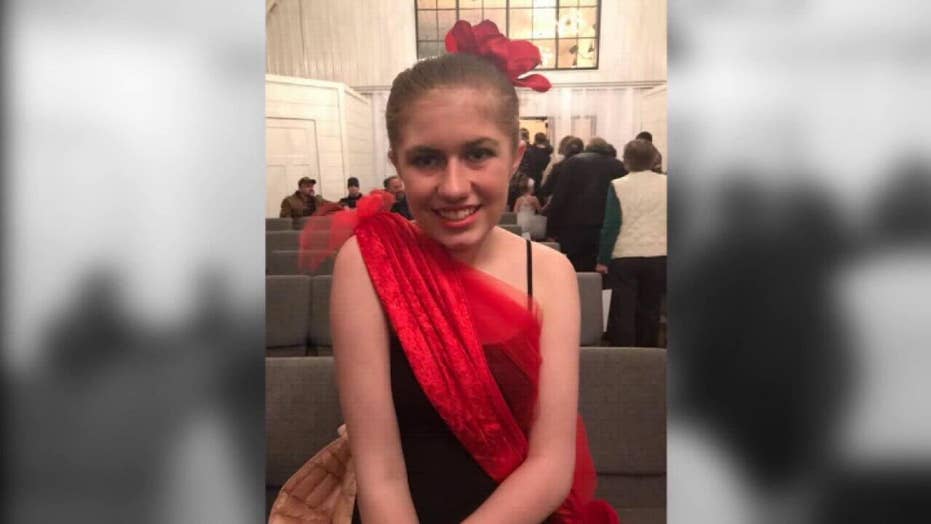 Two months after 13-year-old Jayme Closs vanished from her Wisconsin home after her parents were shot and killed inside, family members marked the day Saturday with a plea for anyone with information to come forward.

A group that included members of the community and Closs' grandfather released balloons near a 16-foot tree of hope decorated with messages such as "pray for Jayme" that was lit last week in Barron, Wis.

“I want nothing more than to get my granddaughter back to me and her family where she belongs,” Robert Naiberg, Jayme’s grandfather, told those gathered for the ceremony.

Naiberg said it’s been a terrible two months since the death of his daughter and son-in-law and agonizing to not know what happened to his granddaughter.

Community members and family of Jayme Closs hold a balloon release and make another plea for information two months after the teenager was reported missing. (FOX9)

“We need answers, but nobody seems to have any answers, so we don’t know any more than anyone else does. That’s what’s hard,” he said.

Authorities have combed through hundreds of tips since Oct. 15, when Denise and James Closs were found murdered inside their home in Barron, Wis. Police responded to the home after receiving a cryptic 911 call where dispatchers spoke to no one but heard distant voices and a loud commotion on the other end.

Four minutes later, the couple’s bodies were located and Jayme was nowhere to be seen.

Barron County Sheriff Chris Fitzgerald told FOX9 on Saturday there are no new updates on the case. Fitzgerald has previously said he believes Jayme is alive despite the amount of time that has passed since she was reported missing.

A $50,000 reward is being offered to anyone with information leading to Jayme.

Jennifer Halvorson, who lives in the area, told FOX9 that emotions are still heavy in the small town as people remain hopeful that Jayme comes home alive.

“We’re definitely hopeful she’ll come back and we want to support everything we can to get her back,” she said. “When something happens to one person around here, it happens to everybody.”