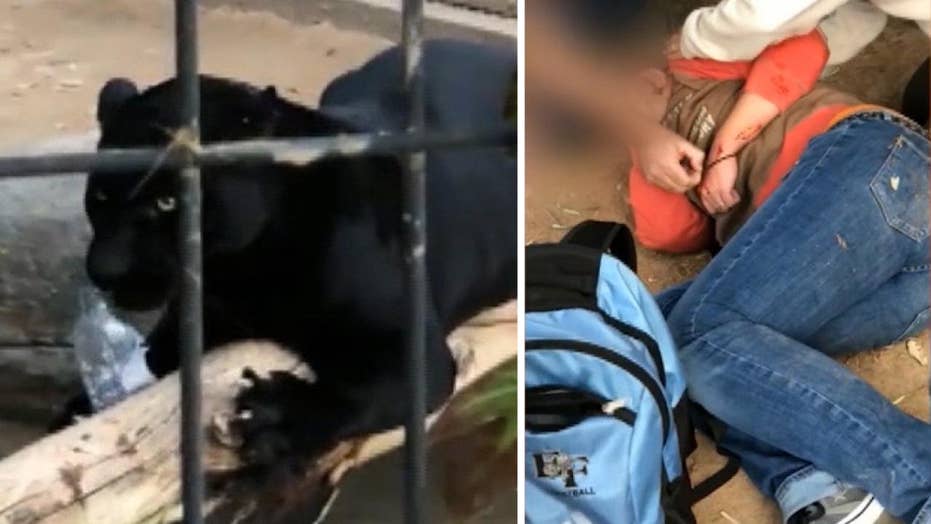 Woman suffers non-life threatening injuries after she crossed a barrier to take a picture and was attacked by a jaguar through a fence at the Wildlife World Zoo.

A jaguar won’t be punished for a woman whose selfie went horribly wrong.

The jaguar that attacked an Arizona woman -- who jumped a barrier to snap a selfie with the feline -- will not be euthanized, zoo officials said Sunday.

Wildlife World Zoo officials told social media users the jaguar “won’t be put down” after a woman in her 30s suffered injuries to her arm following the Saturday incident. The woman jumped a barrier at the Litchfield Park zoo and reached out to take a selfie when the big cat dug her claws into the visitor’s hand.

“We can promise you nothing will happen to our jaguar. She’s a wild animal and there were proper barriers in place to keep our guests safe- not a wild animals fault when barriers are crossed. Still sending prayers to her and her family,” Wildlife World Zoo officials tweeted Sunday.

Adam Wilkerson, who was at the zoo on Saturday, told FOX10 he heard the woman scream for help.

"I hear this young girl screaming, 'Help, help, help,' and without thinking, I just run over there. I see another girl with her up against the cage of the jaguar and the jaguar has clasped its claws outside of the cage around her hand and into her flesh," Wilkerson told the news station.

Wilkerson said his mother threw a water bottle into the cage to distract the jaguar just enough for her to let go of the woman’s arm.

"The jaguar lets go of the girl somewhat because the claw catches on just her sweater. At that moment, I grabbed the girl around the torso and pulled her away from the cage and it unlatches from her claw,” he recalled. “The jaguar just goes after the bottle.”

Wilkerson took video showing the woman on the ground with a gash on her arm screaming in agony. Several people were seen attempting to help her as they waited for help.

Zoo officials later released a statement saying the woman was taking a selfie when the attack occurred. They added the jaguar never left her cage and the woman was never in the animal’s enclosure.

“The incident is being fully investigated,” the zoo said.

A zoo spokesperson said Sunday the woman apologized for the incident and admitted she was wrong for jumping the barrier. She received stitches on her arm and is recovering well, FOX10 reported.