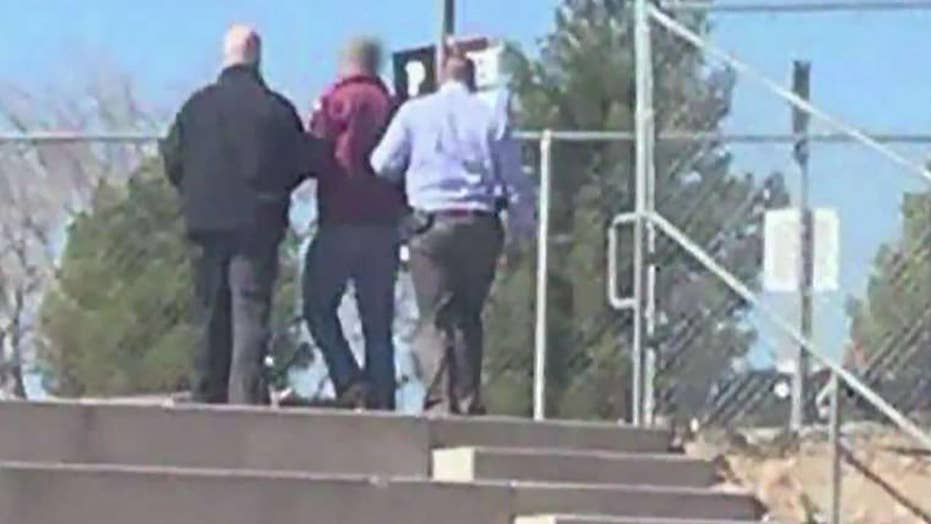 A Utah teenager on Monday tried to blow up his high school with a homemade bomb, police said.

"Based on our investigation we can confirm this was a failed attempt to detonate a homemade explosive," St. George police said in a statement. "It was also determined that the male had been researching information and expressing interest in ISIS and promoting the organization."

Police arrested and charged the teenager with manufacturing and possessing a weapon of mass destruction. More charges are expected for the vandalism at Hurricane High School, where he destroyed an Americans flag and spray painted "ISIS is coming" on the school's exterior, police said.

Because he is a minor, police did not release his identity.

The latest incident occurred Monday at Pine View High School in southwestern Utah, when an alert student noticed a backpack emitting smoke in a common area. The student alerted teachers, who evacuated the building. After a bomb-sniffing canine confirmed the explosive was real, bomb techs disarmed the device, which police said could have caused "significant injury or death."

"I saw them looking through the bag, and then they picked it up and ran it outside," said student Tavien Hancock told St. George News. "It's pretty scary knowing I was around a bomb and walked by a bomb three times. Just, kind of, make me more aware of my surroundings."

After obtaining a search warrant, police found materials in the teen’s home matching those found in the bomb. They also found materials sympathetic to the terror group ISIS.

"I was just really scared," said one student. "Like, all this is serious."

On Tuesday, police confirmed the teen is connected to the earlier incident at Hurricane High. He is currently in a detention center awaiting arraignment.