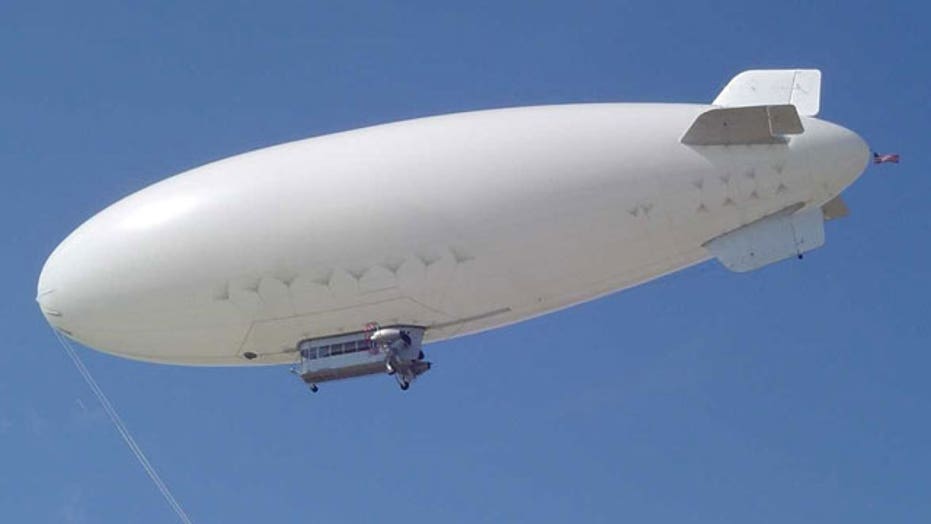 The Pentagon plan to deploy two large blimplike aircraft 10,000 feet into the sky about 45 miles northeast of Washington, D.C., has raised new privacy concerns even though the Army says there is nothing to be worried about.

The aircraft was described as aerostats, which means they are lighter than air while being tethered to the ground, The Washington Post reported. These aircraft have been employed in Iraq, Afghanistan and on the Mexican border because they can be equipped with radars and high-altitude surveillance systems that are capable of spotting flying objects up to 340 miles away. These systems are militarily valuable because they are capable of tracking low-flying missiles and movement on the ground.

The $2.7-billion Maryland project is reportedly set to begin in October and span three years on the Army's Aberdeen Proving Ground in suburban Baltimore. The project's intended goal is to detect any low-flying missiles or enemy aircraft that might be headed to the capital, the report said.

Raythoen, a defense contractor, said last year that these aerostats can carry powerful surveillance systems capable of tracking people and vehicles from miles away, the report said. The Army, though it did not rule out the possibility of mounting these cameras, reportedly said it has no current plans to install them.

The Washington Post reported that the Army said in a letter to the newspaper that it did not conduct a Privacy Impact Assessment because there is no intention of collecting any personally identifiable information.

The radar system on these aerostats, which will be visible from downtown Baltimore on a clear day,  will be radars capable of tracking the movement of planes about 340 miles from the base and cars 140 miles away.

"That's the kind of massive persistent surveillance we've always been concerned about with drones," Jay Stanley, a privacy expert for the American Civil Liberties Union, told The Washington Post. "It's part of this trend we’ve seen since 9/11, which is the turning inward of all these surveillance technologies."

Meanwhile, an independent board tasked with reviewing National Security Agency surveillance called Thursday for the government to end its mass data collection program and "purge" its files, declaring the program illegal in a major challenge to President Obama.