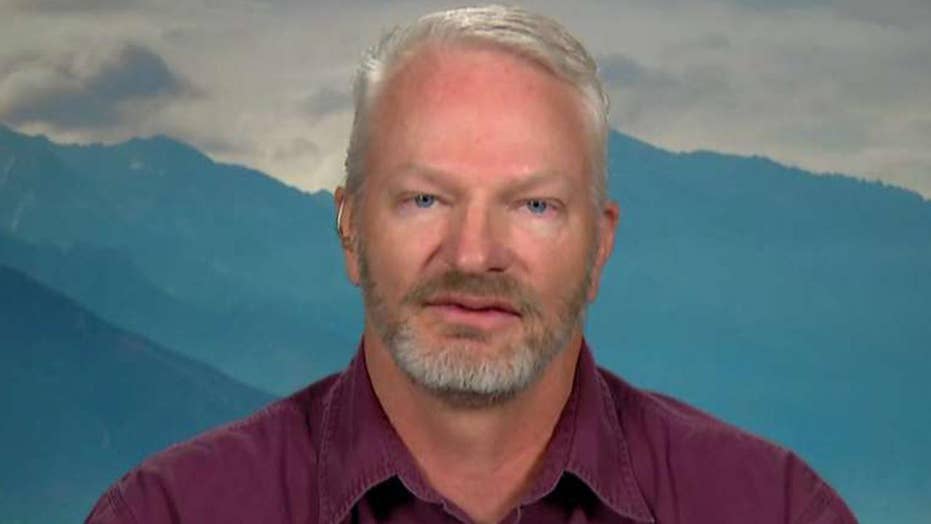 Veteran saves trooper in danger of being shot

A trucker who saw combat in Iraq as a Marine is being praised for stopping on a Wyoming highway and pulling a man off a trooper before the man could grab the trooper's gun.

The trooper was fortunate Darren Phillips, who drives an 18-wheeler for a Utah fuel company, happened by last Thursday on I-80 near Green River. As he got closer, Phillips could see the trooper and the man wrestling on the ground.

“I put my brakes on, and I jump out," Phillips told KSL-TV. "And by this time, the trooper is on his back and the guy is on top of him. The trooper saw me running over, and as soon as I got up to him, he says, ‘He’s going for my gun.' "

Phillips said he used a chokehold to pull the man off the trooper.

“I did two tours in Iraq and I never had to put a chokehold on anyone,” he told the station. “That’s the craziest thing I’ve ever done.”

During an appearance on Fox & Friends Monday, Phillips said the man tried to get up as he applied the chokehold.

“I just told him you better stop struggling, I’m going to put you out,” he said.

He said that later the man complimented him on the chokehold as he was being taken to jail.

“That was pretty amusing, I thought,” he said.

Phillips, of Taylorsville, Utah, was a Marine for 12 years and a member of the Utah Army National Guard for 14 years.

The Wyoming Highway Patrol said on Facebook that suspect Dustin Roberts, 36, of McKinleyville, Calif., tried to disarm the trooper after being stopped for a speeding violation.

Troopers found 74 pounds of marijuana and some cocaine in his vehicle, officials said.

Roberts was charged with drug possession and interfering with a peace officer and booked into the county jail. His bond was set at $125,000.

“I was just happy to be in the right place at the right time,” Phillips told the KSL. “Anything I can do for those guys who put their life on the line every day for us, I’ll do any time.”