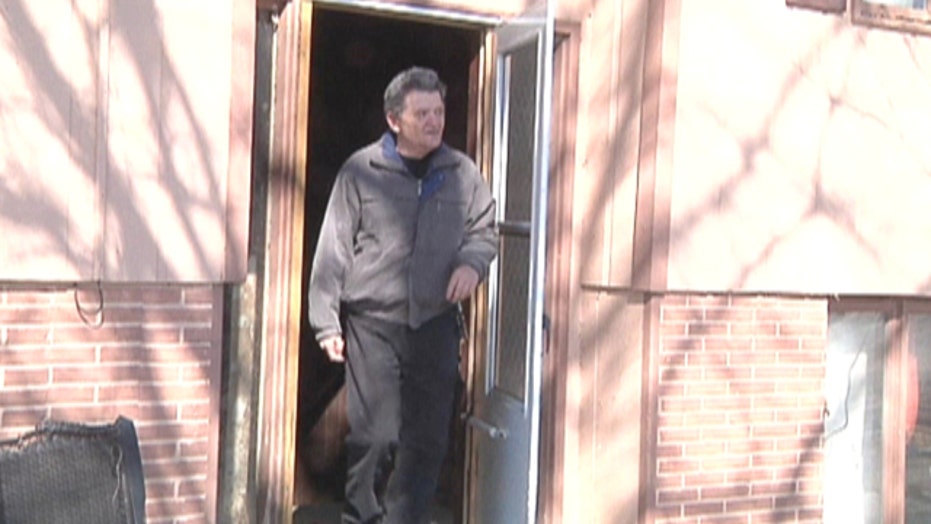 Steve Simoff makes the long trek to his night shift as a housekeeper. He said he’s been making the long walks since 2006, when he had car trouble and his wife had a stroke. To keep the paychecks, he had to get to work, with or without a car.

The 61-year-old custodian treks 35 miles each way to and from his job at Lakeside Casino in Osceola, hitching rides when he can, but hoofing it most, or sometimes all, of the way. He’s been making the long walks since 2006, when he had car trouble and his wife had a stroke. To keep the paychecks, he had to get to work, with or without a car.

“I said one night, 'To heck with it. I got a family to support, a job to keep, so I’m out of here,'" he recalled. "I just walked out my door and ever since I’ve been doing without even thinking.

Simoff works the 11 p.m. to 6 a.m. shift, and typically leaves his home at 3:30 p.m. to make it on time. Arthritis in his knee keeps him from using a bike, and Simoff said his doctor recommended walking to keep his legs loose. But Simoff joked, the doctor didn’t know exactly how long he was walking.

“My doctor told me to walk, he didn’t mean all that but he says walk some,” said Simoff.

Simoff has a 2002 van that continues to have trouble. Now, the car is lurching and he is afraid he’ll break down on the side of the highway. Plus, he can’t always afford gas for the 70-mile round trip.

The Iowa countryside gives him something to look at and think about as he trudges along the highway, he said.

“It’s something to keep me occupied while I’m walking,” said Simoff.

Sometimes he’s lucky and hitches a ride from someone passing him on the highway or from a co-worker. But it doesn’t always happen, so he’ll start his trek the same time every day, just in case.

He does it to support his wife Renee and son Steven, who are both unemployed.

The routine wears out a pair of shoes every two months.

“He picks the ones with extra padding,” joked Renee.

She said her biggest fear is a car not seeing him in the dark on the side of the highway.

“I don’t like him walking to work. But I see the necessity in it,” said Renee.

A GoFundMe page set up for Simoff by a woman in Florida after The Des Moines Register wrote about him has raised more than $15,000, more than enough for Simoff to fix his car or get a new one.

Simoff is grateful, but wary of the support and media attention his plight has attracted.

“I moved here for the quiet. I like my quiet home life,” said Simoff. ​