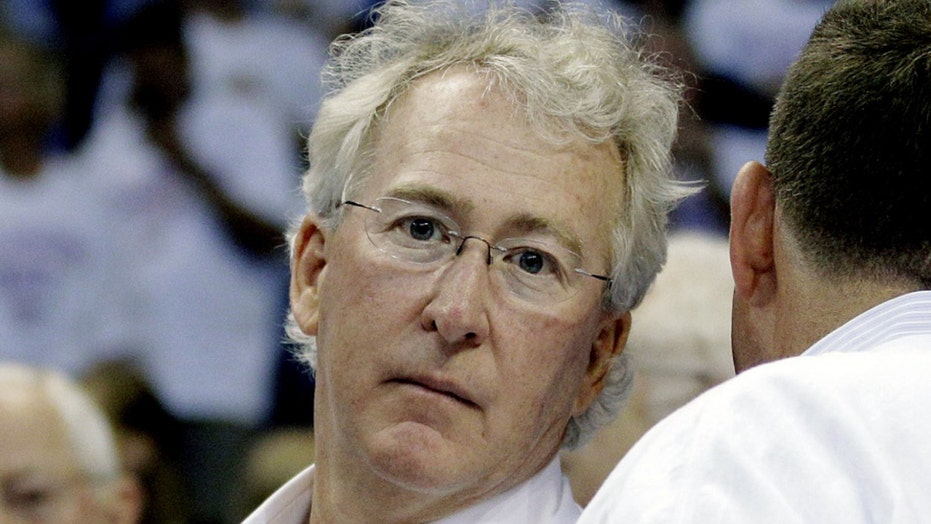 Investigators say it's too soon to say if the crash that killed shale gas baron Aubrey McClendon, the part owner of the Oklahoma City Thunder, was suicide

Investigators in Oklahoma said Thursday they were looking into whether the car crash that killed Aubrey McClendon, the co-owner of an NBA basketball team and former energy company chief, was a suicide.

Oklahoma City Police Sgt. Ashley Peters says a probe of Wednesday's crash likely will take up to two weeks, while the state medical examiner's office says an autopsy investigation could take as long as three months.

McClendon, 56, was not wearing a seat belt and was driving faster than the 50 mph speed limit, Balderrama said.

Peters said McClendon was the only person in the SUV when it slammed into a concrete bridge pillar shortly after 9 a.m. “There was plenty of opportunity for him to correct and get back on the roadway and that didn’t occur," Balderrama added.

McClendon was the founder and ex-CEO of Chesapeake Energy. He was also a part-owner of the Oklahoma City Thunder.

McClendon could frequently be spotted in his courtside seats near the Thunder bench in the arena named after the company he founded in 1989 with his friend, Tom Ward, with an initial $50,000 investment. They eventually grew the company into one of the largest independent producers of natural gas in the United States.

He left the company in January 2013 amid philosophical differences with a new board of directors, and founded American Energy Partners, where he was chairman and CEO.

"Aubrey's tremendous leadership, vision, and passion for the energy industry had an impact on the community, the country, and the world," AEP said in a statement. "We are tremendously proud of his legacy and will continue to work hard to live up to the unmatched standards he set for excellence and integrity."

The Department of Justice said in a statement Tuesday that McClendon was suspected of orchestrating a scheme between two large energy companies, which are not named in the indictment, from December 2007 to March 2012. The companies would decide ahead of time who would win bids, with the winner then allocating an interest in the leases to the other company, according to the statement.

In a statement released Tuesday after his indictment, McClendon denied violating antitrust laws.

"The charge that has been filed against me today is wrong and unprecedented," McClendon said. "Anyone who knows me, my business record and the industry in which I have worked for 35 years, knows that I could not be guilty of violating any antitrust laws.

"All my life I have worked to create jobs in Oklahoma, grow its economy, and to provide abundant and affordable energy to all Americans. I am proud of my track record in this industry, and I will fight to prove my innocence and to clear my name."

Department of Justice spokesman Mark Abueg declined to comment on the impact McClendon's death would have on the case.

McClendon stepped down from Chesapeake in 2013.

“Chesapeake is deeply saddened by the news that we have heard today and our thoughts and prayers are with the McClendon family during this difficult time,” Chesapeake Energy said in a statement obtained by USA Today.