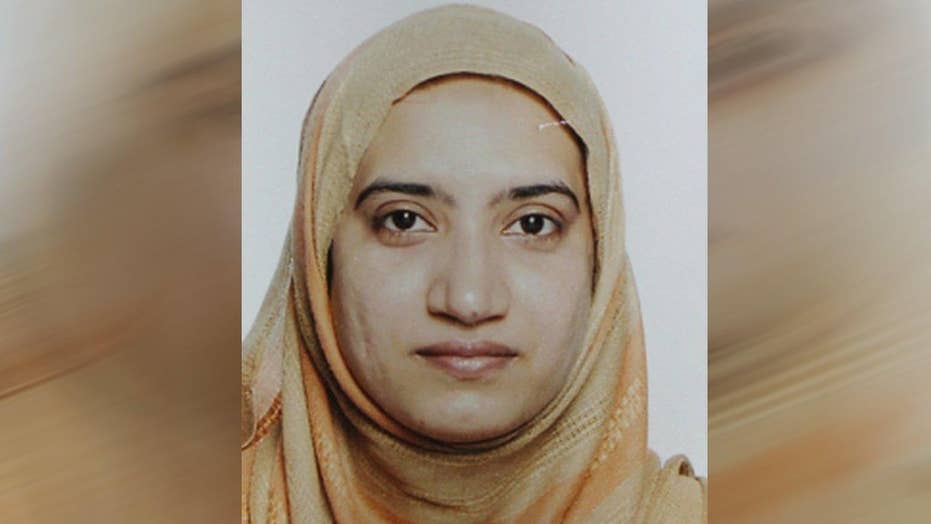 Amb. John Bolton on faults of the visa process

The investigation into Wednesday's terror attack in San Bernardino, Calif. has guided federal investigators in the direction of terror suspects in the Middle East who may have made contact with gunmen Syed Farook and Tashfeen Malik, Fox News has learned.

A high-level intelligence source told Fox News late Sunday that investigators are pursuing several lines of inquiry that ties Farook and Malik to the Middle East, including the possibility that the two's deadly rampage had been financed from overseas.

"We felt from early on these two couldn't have done this alone," the source said of the shooting in which the husband and wife killed 14 people at a county office building and injured 21 others. The source also said that the amount of evidence pointing in the direction of the Middle East had forced the Obama administration to "do an about-face" about the nature of Wednesday's attack over the previous 24 hours.

The latest developments in the investigation are likely to force authorities to take a closer look at Malik, a Pakistani citizen who spent several years in Saudi Arabia. Farook, a U.S. citizen, traveled to Saudi Arabia to meet Malik in September 2013 after the two had forged a relationship online, then traveled there again in July 2014 to bring her back to the United States on a K-1 visa, known as a "fiancee visa."

Over the weekend, Malik's family members opened up to various media outlets about her increasing religious fervor during the later years of her life.

One of Malik’s aunts told the Associated Press Saturday that Malik’s growing religious focus was one of the last things she heard about her relative before the San Bernardino massacre.

"I recently heard it from relatives that she has become a religious person, and she often tells people to live according to the teachings of Islam," recalled aunt Hifza Batool.

Another family member told the Los Angeles Times Malik used to talk to someone in Arabic on the Internet. The relative said the family doesn’t speak Arabic, but communicates in Urdu and another Punjabi dialect instead.

Officials previously told Fox News that there was a "very strong" possibility that Malik served as a radicalizing force who helped spur her husband into carrying out the attack, in which many of the victims were Farook's co-workers at the San Bernardino Department of Public Health.

On Monday, Pakistani intelligence officials told the Associated Press that Malik attended the Al-Huda International Seminary, a women-only madrassa with a chain across Pakistan and branches in the U.S. and Canada.

Al-Huda's founder, Farhat Hashmi, now living in Canada, has been criticized for promoting a conservative strain of Islam, though the school has no known links to extremists.

Al-Huda's spokeswoman Farrukh Chaudhry told AP she cannot confirm whether Malik studied there until she goes through the records because "we have thousands of students."

Investigators were also focusing on whether the couple received outside help in assembling the arsenal of weaponry used in the attack, including AR-15 rifles and multiple pipe bombs. Authorities estimate that the couple had amassed approximately $30,000 worth of munitions by the time of the attack, and believe it unlikely that such an arsenal could have been paid for on Farook's $51,000-per-year salary.