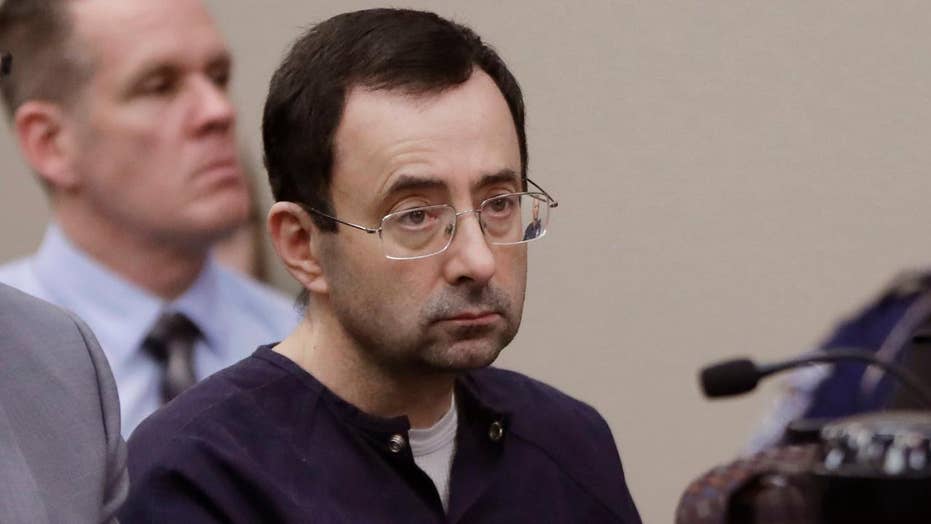 More than 150 women and girls testified against the former sports doctor who admitted molesting some of the country's top gymnasts; Matt Finn reports.

AUSTIN, Texas – Texas Gov. Greg Abbott ordered a criminal investigation Tuesday into claims that former doctor Larry Nassar abused some of his victims at a Texas ranch that was the training ground for U.S. women's gymnastics.

Abbott ordered the Texas Rangers, the state's top criminal investigations unit, to look into the Karolyi Ranch. It hosted training camps for more than a decade until earlier this year. The Walker County Sheriff's Office is already investigating.

Several gymnasts have said Nassar abused them at the ranch. Nassar was sentenced to 40 to 175 years in prison last week. More than 150 women and girls have said he had molested them under the guise of medical treatment.

Abbott called the allegations "gut-wrenching." He ordered the state investigation because the claims involve multiple jurisdictions and states.

"Those athletes, as well as all Texans, deserve to know that no stone is left unturned to ensure that the allegations are thoroughly vetted and the perpetrators and enablers of any such misconduct are brought to justice. The people of Texas demand, and the victims deserve, nothing less," Abbott said.

The ranch is owned by former national team coordinators Bela and Martha Karolyi. USA Gymnastics cut ties with the ranch earlier this month, a few days after Olympic champion Simone Biles and said she dreaded the thought of having to return there to train. Other gymnasts have also said they were abused at the ranch.

Several gymnasts have said Larry Nassar abused them at the ranch. (AP)

"It is impossibly difficult to relive these experiences and it breaks my heart even more to think that as I work towards my dream of competing in Tokyo 2020, I will have to continually return to the same training facility where I was abused," Biles said in a statement.

Nassar's accusers have said he would use his ungloved hands to penetrate them and other inappropriate touching when they were seeking treatment for back, hip, leg, foot and other injuries. Victims blamed Michigan State, USA Gymnastics and the U.S. Olympic Committee for not doing more to stop him earlier.