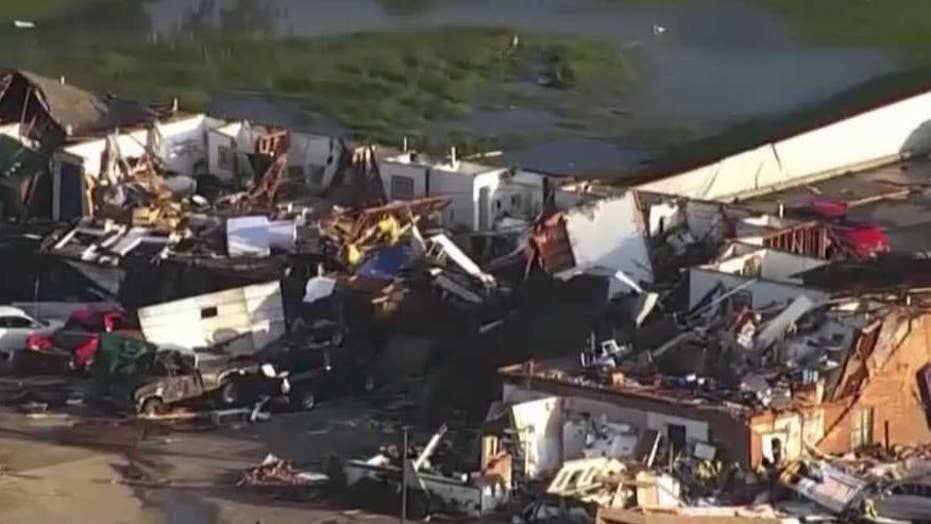 A family in northern Indiana was spared from the Memorial Day tornado that tore their home off the ground.

The Miami County family was in Florida when the tornado ripped through the area outside Macy.

TORNADO, SEVERE WEATHER OUTBREAK MOST 'PROLONGED STRETCH' IN 8 YEARS -- AND HERE'S WHY

Part of the home, which belonged to Nancy Sander's sister, was blown more than half a mile away by the EF-2 tornado.

"She loved this place and the things, but had they been in the basement, they would have been sucked right out," Sander told WTHR.

But a few items remained, including the family's Bible, virtually untouched by the storm.

One user on social media commented: "The Lord still does wonders."

IMAGE OF JESUS SHINING THROUGH THE CLOUDS GOES VIRAL

While there was extensive damage, including several barns being destroyed, there were no reports of anyone being hurt.

Monday marked the record-tying 11th straight day with at least eight tornadoes in the U.S., said Patrick Marsh, a Storm Prediction Center meteorologist. The last such stretch was in 1980.