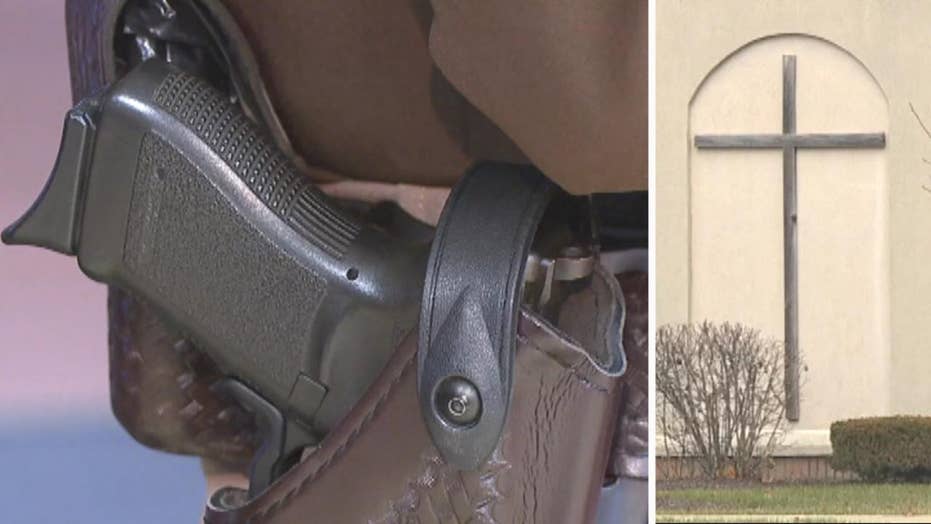 A church in Indiana announced they have deployed an armed team of security guards to stand watch during services following last month’s mass shooting at a Texas church.

Scott Kern, the director of ministries at Park Chapel Christian Church in Greenfield, Ind., said the security team would be made up of 10 local officers who were also members of the church, FOX59 reported.

Kern said the officers would be dressed in casual clothing but have weapons on them during services. Another 10 people would be guarding the church’s entrances and doors but would not be armed.

“We’re hoping that it won’t be very noticeable to the congregation, it’ll mostly be us knowing where people are and what our responsibilities are,” Kern told Fox59. “And again, we’re watching entrances, we’re watching exits if somebody were to come in the building then we’ll have a plan in place to make sure we can deal with that.”

Kern said the church was working on a security plan but accelerated the process following last month’s mass shooting at a church in Sutherland Springs, Texas, which left 26 people dead.

"We want to make sure people are safe, and they feel safe when they come to church on Sunday."

“We want to make sure people are safe, and they feel safe when they come to church on Sunday,” he added.

Brad Burkhart, Hancock County Sheriff’s Department chief deputy, would be one of the people guarding the church during services. Burkhart said he worked with other churches and gave them advice on how to keep people safe during services.

“It is a major concern and it should be for everyone,” he  told FOX59. “It’s not just necessarily the large churches like park chapel that are concerned even the smaller ones are concerned as well.”

The officer said it was “unfortunate” that security at churches needed to be intense but added that was the “world we now live in.”

Kern said he was aware parishioners would be carrying weapons to services but asked them to “leave the security efforts to the assigned teams.”