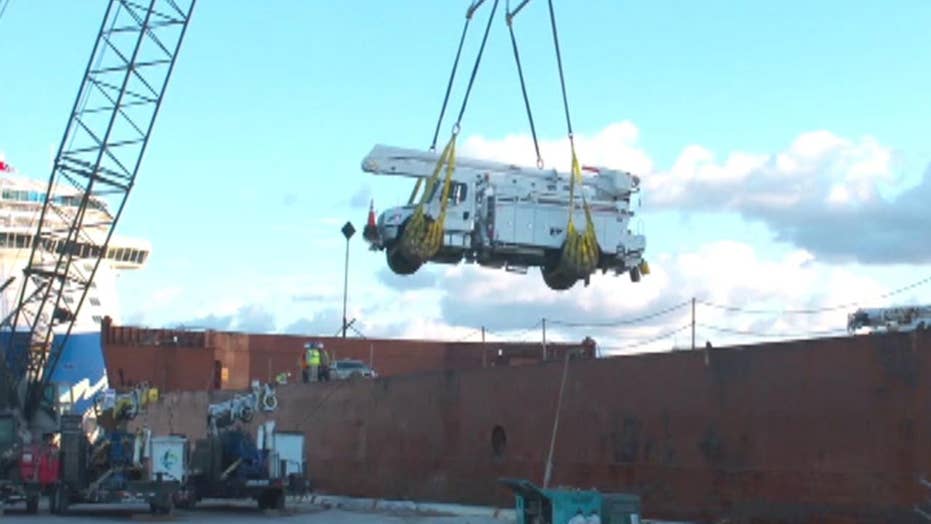 Waiting for the lights to come back in many parts of Puerto Rico has been a nerve wracking experience for nearly half a million people who are still without power.

To put that in perspective, U.S. mainland cities with a population around 500,000 include Sacramento, Calif., Tucson, Ariz., and Kansas City, Mo.

Puerto Rico resident and mother of two, Monica Viego-Rodriguez, still doesn't have power where she lives in a rural section of Puerto Rico, where she continues to collect rain water to wash her clothes in her bathtub.

"I haven't heard from anyone,” she told Fox News via Skype this week. “I haven't even seen a truck nearby. Polls are still down lines are down, I really have no idea. And it's been slowly coming back around the metro area, but I feel like my area has been forgotten."

She said she doesn’t know what the future will bring.

"Right now, we're scared about Puerto Rico's future. This is really, really serious for us,” she said. “We don't know what's going to happen with us in the future. We don't know if we're going to keep getting some aid some help – it's scary for us."

Help from U.S. mainland power companies has been coming in waves for months. But Viego-Rodriguez still hasn't seen a light come on anywhere in her neighborhood since the hurricanes hit last fall.

She can only buy perishable foods for her family that they can eat the same day. There is nowhere to store food other than a cooler that she keeps filled with ice on her balcony.

More than 470,000 homes were damaged or destroyed, causing an estimated $140 billion in damages.

As Puerto Rico experiences the longest and most devastating blackout in American history, 1,000 utility trucks and 1,500 workers from 22 electric companies from all over the U.S. are arriving on the island this week to help the existing crews on the job restore power.

As crews carve their way through the catastrophic damage, their progress is slow. But they met a major milestone this month when 1 million customers had their power restored, and utility crews say they won't stop until everyone is back on line.

Help from U.S. mainland power companies has been coming in waves for months. But some Puerto Rico residents say they still haven't seen a light come on anywhere in their neighborhood since the hurricanes hit last fall. (REUTERS)

"There is no set timeframe, we're just here for the long haul,” said Lance Becca, a general manager with Con Edison Energy Company. “The mission is to restore power and that's what we're focusing on."

Wednesday night, the Puerto Rico governor said the island will receive approximately $35 billion in federal aid. But he added that Puerto Rico is facing massive debt and won't be able to repay the money until 2022.

People like Sol Vazquez, a law student who has been working the best she can with limited resources, also Skyped with Fox News this week.

She said she has been seeing a mixed response from her friends and fellow students.

"I think everyone wants to get their electricity back, I don't think, at this point, they care who does it or how they do it,” she said. “They just want to get the situation resolved.”