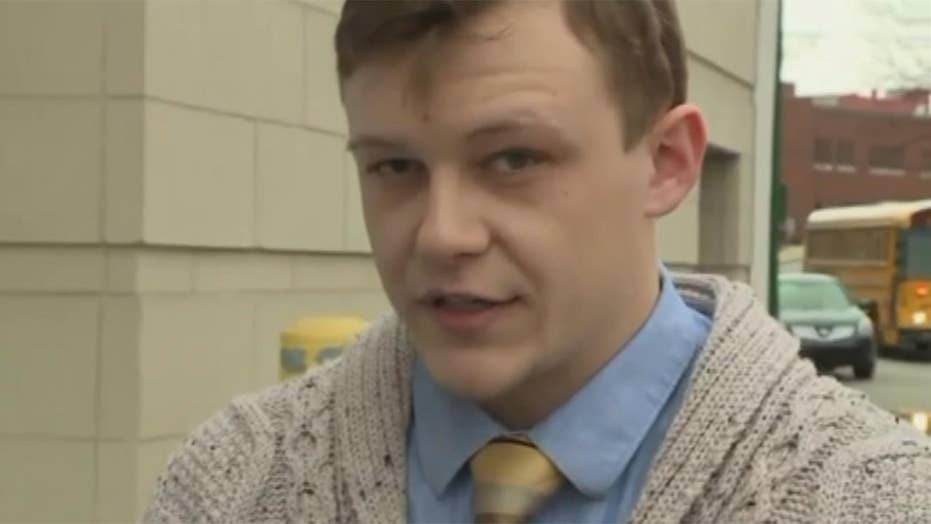 Police in Connecticut say 23-year-old substitute teacher Ryan Fish encouraged students as they hit each other in class.

A former substitute teacher is charged with supervising a student "fight club" at a Connecticut high school, police said Thursday.

“The truth is, I’m an idiot and wanted to befriend them,” Fish, who was 22 at the time, told police, the Hartford Courant reported.

The suspect is seen in a cellphone video, encouraging students as they slap each other in the middle of a classroom at Montville High School, police said.

“He’s not a certified teacher,” Sgt. Mark Juhola of the Connecticut State Police told Hartford's Fox 61. “And it bothers me that so many teachers work so hard to get where they are ... that this wasn’t a teacher but he was in that role.”

Fish pleaded not guilty to several charges, including reckless endangerment and risk of injury to a minor. He denied facilitating the fights and said he thought the students were just being "rambunctious."

“I am so sorry. ... To be perfectly honest, I was just trying to reach the kids,” Fish reportedly said. “I thought these kids were just being rambunctious. I just thought they needed an out."

Police said Fish told the principal “boys will be boys,” after he was confronted about the fighting on Oct. 10, the report said. Fish was fired later that day, Fox 61 reported.

Authorities say the school superintendent, principal and assistant principal all knew about the classroom fighting at a Connecticut high school, but did nothing to prevent it.

Police began investigating in December after a student told a social worker he had been beaten and robbed at school.

Superintendent Brian Levesque told the Day that he did not immediately alert police after firing Fish because he knew of only one fight and thought it was an isolated incident.

The warrant did not say whether anyone suffered serious physical injuries in the fights, however one student reportedly vomited during a fight, while another appeared “traumatized,” the report said.

A student told police that Fish told his class he had smoked marijuana and tried other drugs, and that he allowed students to draw pictures of male body parts on the board, the warrant reportedly said.