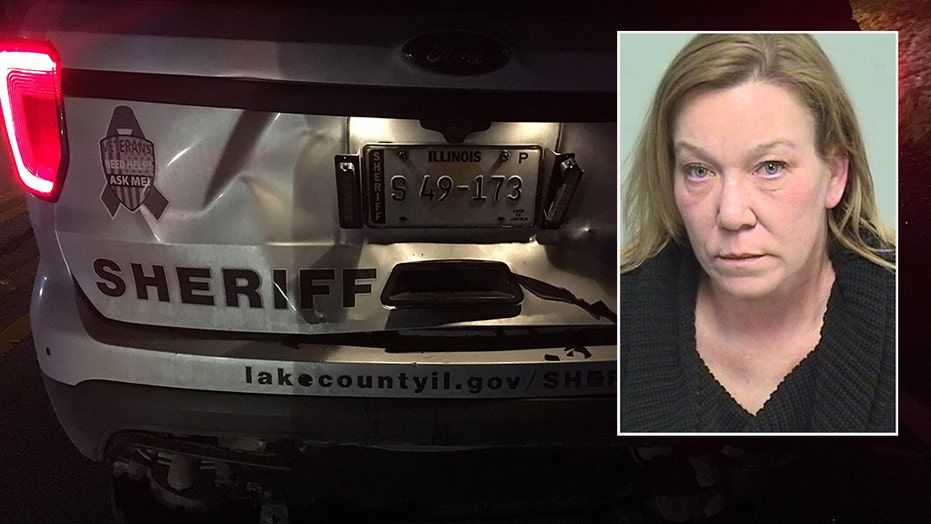 A drunk driver in Illinois was arrested Wednesday night after crashing into the back of a police cruiser that was engaged in a traffic stop, law enforcement said.

Corey L. Kirschhoffer, 47, was booked into the Lake County Jail and charged with two counts of driving under the influence after police say she rear-ended a cop car that had deployed its emergency lights while pulled over on the side of the road.

According to a news release from the Lake County Sheriff’s Office, a deputy was conducting a traffic stop on the eastbound side of Wadsworth Road just east of Delany Road at around 10:35 p.m. when Kirschhoffer crashed into the squad car.

The deputy was speaking to the perpetrator of the initial traffic stop at the time. No one, including Kirschhoffer, was injured as a result of the crash.

Corey L. Kirschhoffer, 47, was booked into the Lake County Jail and charged with two counts of driving under the influence.  (Lake County Sheriff's Office )

Kirschhoffer appeared in court Thursday and was released on her own recognizance, FOX32 reported. She is due back in court at the end of the month.