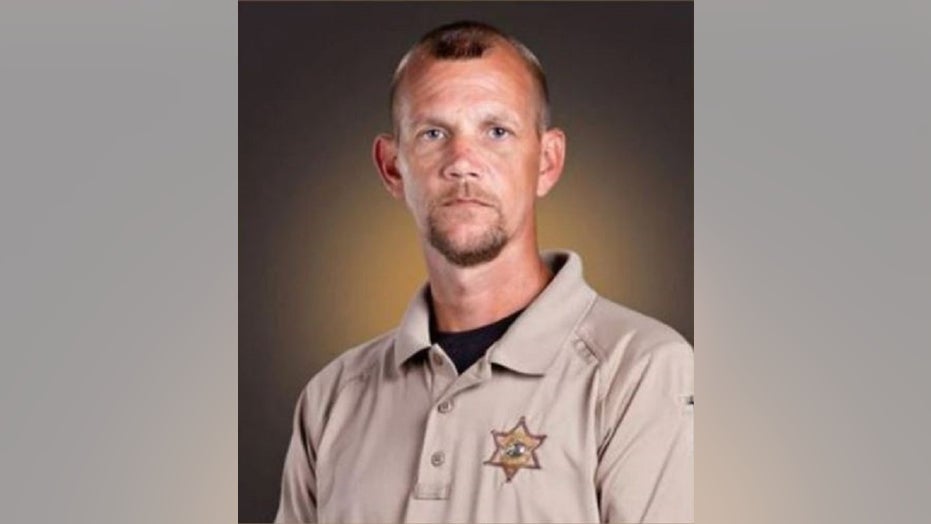 A suspected gunman linked to the Wednesday death of an Illinois sheriff's deputy and a carjacking in which a victim was shot was arrested after an hours-long manhunt that spanned at least two states.

Ray Tate has been charged with first-degree murder, Fox2Now.com reported.

The report said Tate was nabbed after allegedly barricading himself inside a home in Carlyle, Illinois, with the homeowner and kidnap victim. The station, citing the Kentucky Department of Corrections, reported that Tate was on mandatory reentry supervision that expired on Dec. 21.

The arrest came hours after Wayne County Sheriff's Deputy Sean Riley responded to a motorist assist call on Interstate 64 around 5 a.m. near the Illinois-Indiana border, the Sheriff's Office said.

When another deputy responded to the scene, Riley was found dead. His squad car was missing but later found abandoned on the freeway. An Indiana State Police spokesperson tweeted that Riley was shot and killed.

A search for the suspect was launched and authorities in St, Peters, Missouri said a man involved in a carjacking at a QuikTrip gas station in which a victim was shot was believed to be involved in the Illinois shooting.

St. Peters police spokeswoman Melissa Doss told The Associated Press in an email that "there was evidence at the QuikTrip scene which indicates the suspect was also involved in the series of crimes which occurred in Illinois earlier this morning."

She declined to elaborate, citing the ongoing investigation. Fox News has reached out to the police department.

The shooting victim at the gas station was taken to a hospital in stable condition with non-life threatening injuries. St. Peters police said the suspect drove away from the convenience store in a car that was later found near Interstate 70 in nearby O'Fallon, Missouri.

Security video captured a suspect believed to be involving in a carjacking and death of an Illinois sheriff's deputy.  (St. Peters Police Department )

Surveillance images released showed an "armed and dangerous" suspect believed to be the carjacker, police said. After ditching the first stolen vehicle, he allegedly stole a Nissan Titan before his arrest in Illinois.

Details about Riley were not released. His body was taken to the Vanderburgh County Morgue where an autopsy was completed. A procession of about 40 vehicles then escorted him back home, authorities said.