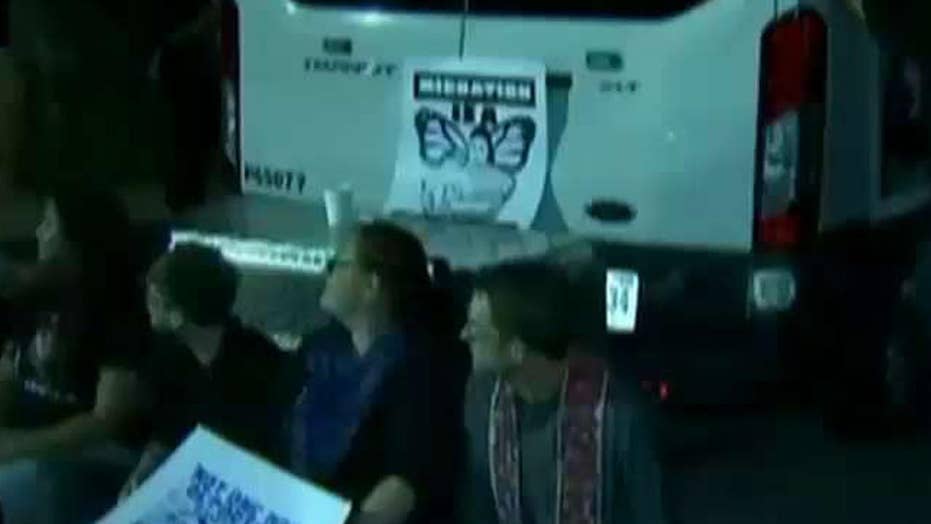 The Arizona woman who was arrested Wednesday during a routine
check-in with immigration officials has been deported to Mexico, the U.S. Immigration and Customs Enforcement (ICE) said in a statement.

The agency said Guadalupe Garcia de Rayos was taken to Mexico Thursday morning through the DeConcini Port of Entry in Nogales, Arizona. Garcia's arrest sparked large protests outside the ICE offices in Phoenix, which resulted in seven arrests.

Garcia, 36, was considered a “low priority” for deportation under the Obama administration and had to check in with ICE officials every six months following a 2008 conviction for felony identity theft for having false papers, The Los Angeles Times reported.

In a news conference soon after the woman was taken away, family members and immigration advocates said they would continue to fight to reunite her with her husband and two teenage children.

“The only thing that my mother has done is work,” her daughter said holding back tears. “She has a very big heart, she treats everybody as family. She has harmed no one,” she said in both Spanish and English.

Puente Arizona, an immigrant advocacy group, said García came to the U.S. as a 14-year-old.

Her arrest came just days after the Trump administration broadened regulations under which some people would be deported.

Guadalupe Garcia de Rayos in the van. Reflection is her son Angel, 16. pic.twitter.com/cZMjdUi67C

A spokesman said ICE would “continue to focus on identifying and removing individuals with felony convictions who have final orders of removal issued by the nation’s immigration courts.”