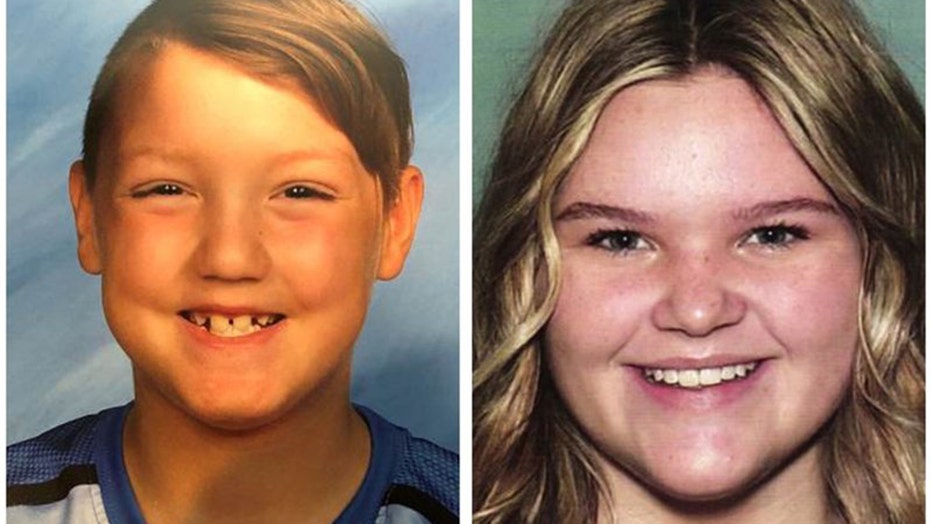 Idaho police are searching for two children who were never reported missing by their mother or the man she married a few weeks ago after his wife was found dead.

Rexberg police said Saturday they want to question Lori Vallow and Chad Daybell in the disappearance of Vallow's son Joshua Vallow, 7, and her daughter Tylee Ryan, 17, but don't know where they are after they abruptly vacated their residence and left town.

“Vallow and Daybell were recently married and she may now be using his last name,” police said.

BOYFRIEND OF MISSING OKLAHOMA TEEN ARRESTED IN CONNECTION WITH HER MURDER: COPS

Police have accused Vallow and Daybell of lying about Joshua and Tylee’s whereabouts and of refusing to cooperate in the search to find them.

“They’ve told us several stories about where the children are, but when we investigate, the children don’t exist where they say they should,” Rexberg Police Chief Shane Turman told EastIdahoNews.com. “We don’t know where they are at, but we think they are in pretty serious danger.”

Joshua and Tylee were last seen in September. Police discovered they were missing during an investigation into the Oct. 19 death of Tammy Daybell, Daybell’s 49-year-old wife.

Police now consider her death suspicious after initially classifying it as natural. As part of the probe, investigators dug up her grave in Utah on Dec. 11 to conduct an autopsy, Rexberg police said.

Vallow had also been married but her husband, Charles Vallow, 63, was killed in July in Chandler, Ariz., after being fatally shot, Fox 13 Salt Lake City reported.

The shooter was Vallow’s brother who claimed self-defense, the station reported. The brother has never been arrested in the case.

Reports at the time of the shooting reported that Lori Vallow was estranged from her husband, who had traveled to Arizona from Texas to visit his son.