Emotional Idaho police chief on quadruple murder case: 'It affects us, but we have a job to do'

Fox News' Alexis McAdams reports what Idaho Police Chief James Fry relayed to her in a cable exclusive interview on the murders of four University of Idaho students on 'The Story with Martha MacCallum.'

MOSCOW, Idaho – Idaho police have plans to remove personal items belonging to four University of Idaho students who were murdered on Nov. 13 from their residence where the crime occurred.

The items are "no longer needed for the investigation" and can now "be returned to the families" of slain Ethan Chapin, 20; Xana Kernodle, 20; Kaylee Goncalves, 21; and Madison Mogen, 21, the Moscow Police Department (MPD) said in a Tuesday press release.

"It's time for us to get those things back that really mean something to those families and hopefully help with some of their healing," MPD Chief James Fry said Tuesday.

The process will be a private one "in an effort to maintain respect for the victims and their families," MPD said in its press release, asking for "members of the media and community to be respectful of this process." 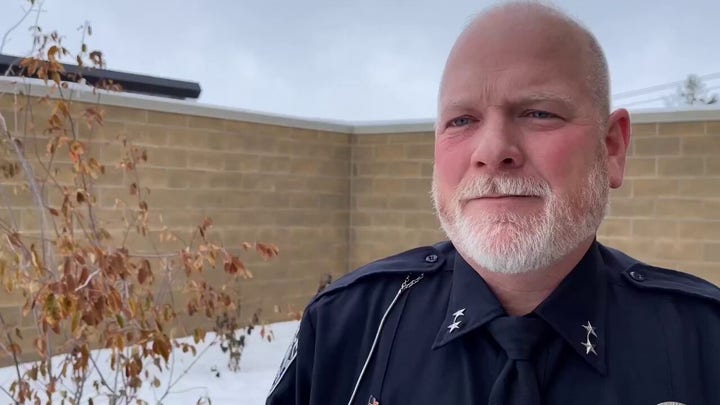 "The items will be loaded into a truck and transferred to a secure location until the families can collect the belongings," MPD said. "These arrangements were made in coordination with the families. Anyone near the residence Wednesday morning is asked to keep roads clear."

The house where the four students were killed in the early morning hours of Nov. 13 remains an active crime scene, where detectives continue to make progress. The MPD "and investigative partners continue to work with the victim’s families on the investigation and ongoing developments," the department said.

General views of the Moscow, Idaho home taken on Wednesday, November 16, 2002 where where four students of the University of Idaho were murdered. (Credit: Derek Shook for Fox News Digital)

Detectives are working through more than 2,645 emailed tips, 2,770 phone tips, and 1,084 digital media submissions, but they continue to ask for more information.

The Latah County coroner said the four victims were fatally stabbed, each multiple times, between 3 a.m. and 4 a.m. on Nov. 13. "Some" of the victims had defensive wounds

University of Idaho students who left campus for Thanksgiving break were given the option to stay home and learn remotely instead of returning to campus with a suspect still on the run.

Police also have yet to announce any kind of motive in the quadruple murder.

Authorities are asking anyone with information about the murders to call 208-883-7180 or tipline@ci.moscow.id.us.