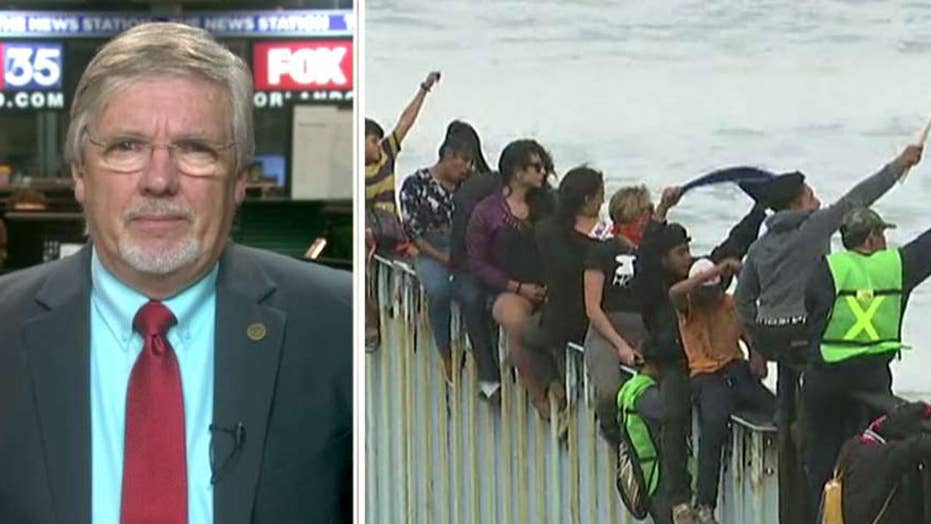 Ward: Securing our border should be priority

U.S. Immigration and Customs Enforcement (ICE) arrested 162 suspected illegal immigrants — nearly 90 percent of whom had past criminal convictions -- in sweeps across Los Angeles and surrounding areas, the agency said Thursday.

The arrests targeted those deemed a public safety threat.

Among those arrested were a Mexican national convicted of rape and an El Salvadorian convicted of voluntary manslaughter. The arrests occurred from Sunday through Tuesday and took place in Los Angeles, Orange County, Santa Barbara and Ventura County.

David Marin, field director for ICE enforcement in the area, said the arrests were generally the most dangerous kind his agents face.

One detainee was a 32-year-old Mexican national and member of the gang “Krazy A—Mexican,” the agency said. He was convicted of rape and sentenced to eight years in prison.

Another Mexican national, arrested the same day in Santa Barbara, was convicted of assault with intent to commit rape.

The other crimes ranged from grand theft to drug convictions.

The majority of those arrested were Mexicans, but an Iranian and Nigerian were also nabbed. ICE agents arrested 53 individuals after filing detainers with local law enforcement. A detainer is a request by ICE sent to local law enforcement to notify the agency when an illegal immigrant is going to be released from jail.

Immigration-rights advocates told the Los Angeles Daily News that some of those arrested had convictions from 20 years ago.