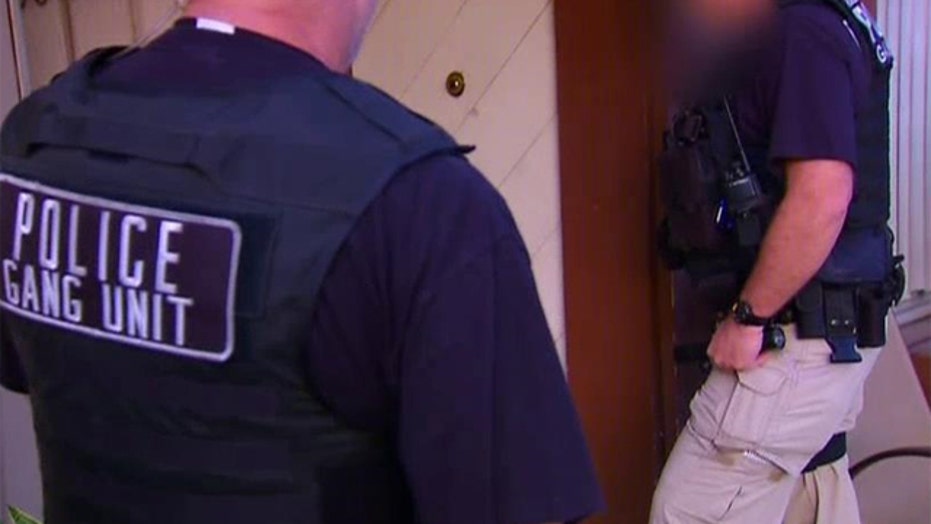 Members and associates from 239 different gangs were arrested in 282 cities across the U.S. during what’s been called Project Wildfire, a six-week operation that included 215 state, local and federal law enforcement agencies. Already at least 913 people have been charged with criminal offenses as a result of the operation, which began in mid -February. Those arrested include 650 with violent criminal histories, including 19 individuals wanted on active warrants for murder and 15 for rape or sexual assault. There were 200 foreign nationals arrested in the raids.

“This is where grassroots law enforcement starts. This is how we get a baseline read of what’s happening… it all builds on itself…this is what federal agencies, investigative agencies like HSI, are doing to target transnational criminality,” Homeland Security's Greg Mandoli said as he, and a team of officers that included local agencies, returned from raids in Placentia, Calif.

“We’re looking to prevent, deter and protect communities. The public doesn't realize what’s happening in a federal investigative agency like HSI and the breath of the investigations that we’re doing. So, with Project Wildfire, we’re looking to take ground information and feed them back into the collective pool... working with our local partners to identify community threats as we look to prevent, deter and protect the homeland,” said Mandoli.

The majority of those taken into custody were affiliated with the Sureños, Norteños, Bloods, Crips, Puerto Rican-based gangs and several prison-based gangs, with the greatest activity taking place in the San Juan, Puerto Rico; Dallas, El Paso, Los Angeles and Detroit HSI areas. Those arrested during the Project Wildfire raids came from 18 countries in South and Central America, Asia, Africa, Europe and the Caribbean. Agents also seized weapons, vehicles, currency and counterfeit merchandise totaling $1 million, as well as drugs, including methamphetamine, cocaine and heroin.

This operation was part of HSI’s overall plan dubbed Operation Community Shield, which globally targets crime and combats the growth and proliferation of transnational criminal street gangs, prison gangs and outlaw motorcycle gangs in the United States and abroad. According to agents, since 2005, more than 36,000 have been arrested and linked to more than 2,600 different gangs.