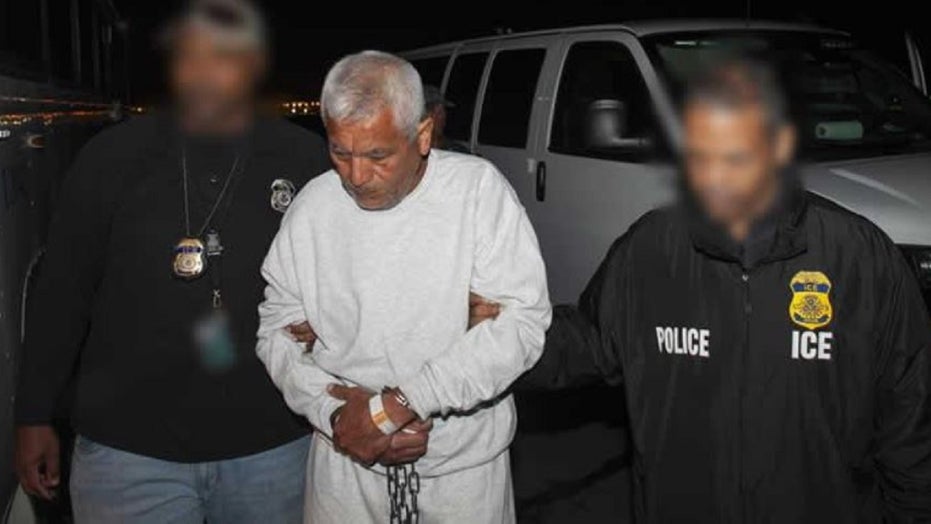 A former Guatemalan soldier linked to the 1982 massacre of more than 200 unarmed people was deported from the United States back to his country Tuesday, immigration officials said.

Jordan is accused of being among some 20 members of an elite army unit known as the "kaibiles" that murdered more than 200 unarmed men, women and children in December 1982 while searching for missing rifles believed to be stolen by left-wing guerrillas.

Gilberto Jordan, 64, a former Guatemalan soldier who admitted to participating in a massacre of unarmed men, woman and children nearly four decades ago, was deported back to his country Tuesday. (U.S. Immigration and Customs Enforcement)

The killings took place in the Dos Erres settlement as part of an effort to eliminate those supporting rebels during Guatemala's 36-year civil war. A United Nations report said the army was responsible for up to 97 percent of the more than 200,000 deaths and 45,000 missing persons during the conflict.

The troops had gone to the remote settlement after an Army convoy had been ambushed that ended with more than 20 military rifles taken. After the soldiers forced residents from their homes, they murdered the villagers, beginning with the children, authorities said.

Some soldiers also raped women. Jordan admitted to participating in the killings and to personally throwing children down a well. He immigrated to the United States in 1985 and lived in Boca Raton, Fla. where he worked as a cook.

He was arrested in 2010 and pleaded guilty to making false statements on his U.S. naturalization forms, hiding his military service and involvement in the massacre.

Two other Dos Erres participants, Pedro Pimentel Rios and Santos Lopez Alonzo, were removed from the U.S. in recent years to face war crimes charges in Guatemala. Rios was sentenced more than 6,000 years in prison and Alonzo was handed down more than 5,100 years.