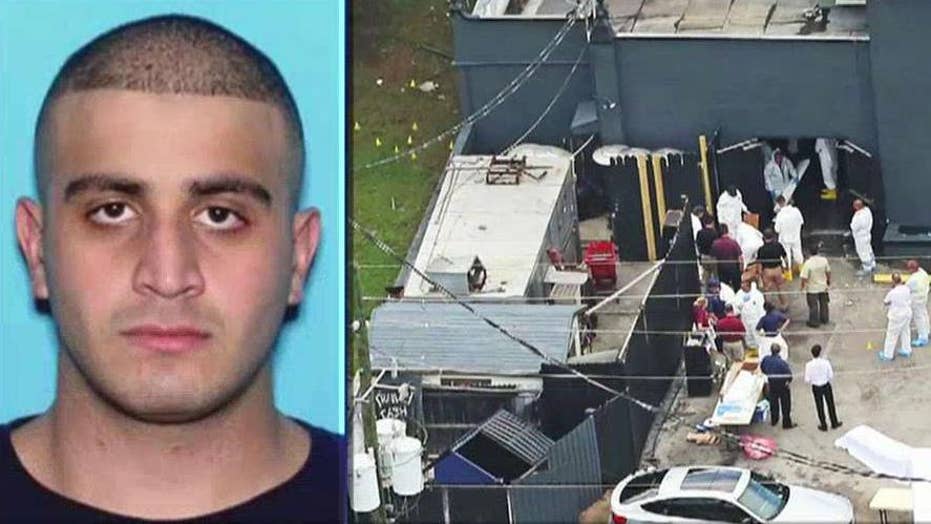 House Speaker Paul Ryan called on the Obama administration Monday to "release the full, unredacted transcript" of the Orlando massacre gunman’s 911 calls, slamming the Justice Department’s censoring of all references to Islam as "preposterous."

The redacted transcripts of Omar Mateen’s calls to Orlando Police — made during his assault on the Pulse gay nightclub — included Mateen’s claim of responsibility, as well as identifying himself to police as an Islamic soldier. All other references to ISIS or Islamic State leader Abu Bakr al-Baghdadi were scrubbed clean by the Justice Department.

"Selectively editing this transcript is preposterous," said Ryan, R-Wis., in a statement. "We know the shooter was a radical Islamist extremist inspired by ISIS. We also know he intentionally targeted the LGBT community. The administration should release the full, unredacted transcript so the public is clear-eyed about who did this, and why."

Mateen is known from prior FBI statements to have pledged allegiance to the ISIS chief and expressed solidarity with other terrorists. But Monday's release deleted all of those references.

"I pledge allegiance to [omitted] may God protect him [in Arabic], on behalf of [omitted]," Mateen told the dispatcher.

"[Mateen] does not represent the religion of Islam, but a perverted view," Hopper said, later adding: "Part of the redacting is meant to not give credence to individuals who have done terrorist attacks in the past. We're not gonna propagate their violent rhetoric."

United States Attorney Lee Bentley was asked if the omissions conflicted with Florida law. He said they did not.

"This is a federal investigation," Bentley said. "The Attorney General decided upon this limited release."

According to the Justice Department report, Mateen said twice during the 911 call and at least once during later negotiations that he pledged "allegiance to [omitted]." Investigators said he spoke to negotiators in three different calls at 2:48 a.m., 3:03 a.m. and 3:24 a.m. The longest call was the second at 16 minutes. The third call, at three minutes, was the shortest. The first call lasted nine minutes.

"As the killer made these statements, he did so in a chilling, calm and deliberate manner," Hopper said.

During one call, Mateen told negotiators that the U.S. should stop bombing Syria and Iraq -- the countries with regions that comprise ISIS' so-called caliphate. He said the bombings were why he was "out here right now."

Mateen killed 49 people and wounded 53 more inside the gay nightclub Pulse. He was later killed in a shootout with police.

The calls with crisis negotiators may explain why officials waited three hours -- until 5:14 a.m. -- before ramming a hole in the side of the club to free hostages and engage Mateen in a final, deadly fight. During those three hours, Mateen was holed up in a bathroom with several hostages, though authorities have said no gun shots were fired during this period.