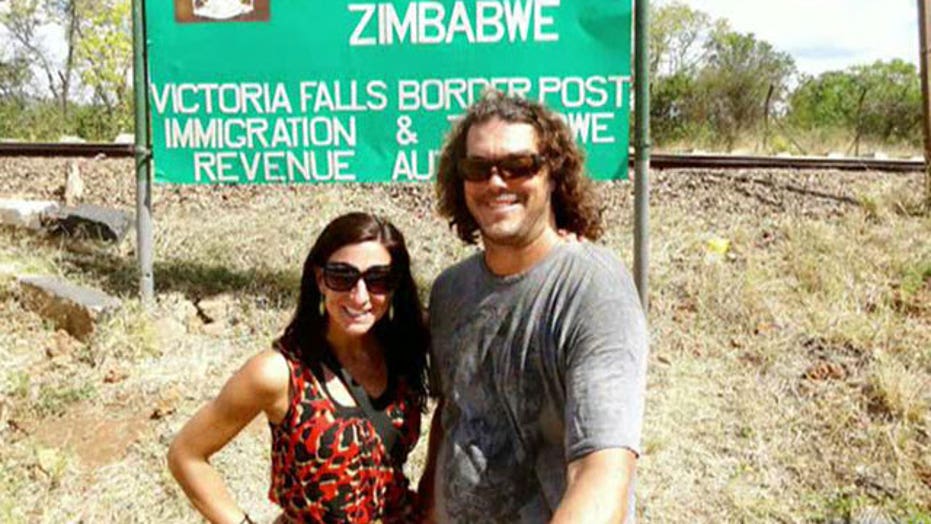 Josh Bearden vows to keep searching for his missing wife

The husband of a woman who disappeared in Texas after the couple returned home from a trip around the world says family and friends will “never” stop looking for her.

“Don’t be scared. We’re looking for you and we’re never, ever going to stop looking for you,” Josh Bearden said on "Fox & Friends" Tuesday in a message to his wife, Leanne. “I love you so much.”

Leanne Bearden, 33, vanished on January 17 after she left a relative’s home in Garden Ridge, Texas, to go for a walk. She returned to the U.S. recently after a two-year trek across several continents with Josh, which was chronicled in a blog she wrote.

Garrett Stethens, a friend of the family and their spokesman, told FoxNews.com on Monday that Leanne said to Josh that she would only be gone for an hour on a walk, but she never returned.

“There are no clues as to where she went,” Stethens said about Leanne's disappearance. “It was completely out of the blue. It was mysterious. It’s baffling.”

Since Leanne vanished, the family and friends have been searching each day for her, going on hikes and using helicopters and a bloodhound. Local and state police joined in on the search efforts over the weekend, along with the Texas Rangers and the Texas Search and Rescue Organization, but called it off after nothing was found.

Josh Bearden said police told him that at this time they will continue to follow up on any leads.

“As far as any sort of search in the area, we’re on our own on that,” he said on "Fox & Friends." “If you see Leanne, let somebody know. Call the police. If you live in the area… could you do me a favor and check out your property and see if there is anything unusual out there?”

Leanne left the house without her cellphone and there has been no activity on her credit cards.

Authorities are not considering Josh Bearden as a suspect in her disappearance.

“While we are very concerned for Ms. Bearden’s welfare, there is no indication at this time that this is criminal in nature,” the Garden Ridge Police Department said in a statement.

Asked if Leanne could have ventured off to a faraway place, based on her experience with traveling, Stethens said it was a possibility.

“She was a seasoned traveler,” he said. “The possibility is that maybe she did.”

Stethens added that the family is considering every possible scenario for her disappearance, including an abduction.

She was supposed to fly home to Denver on Jan. 28 with her husband.

“The fact that she was not found encourages us to believe that she still survives and will eventually be reunited with us,” Leanne’s family wrote on a Facebook page Saturday. “We deeply appreciate your thoughts and prayers during this difficult time.”

Anyone with information about Leanne Bearden’s whereabouts is urged to call the Garden Ridge Police Department at 210-651-6441 or the Heidi Search Center at 210-650-0428.