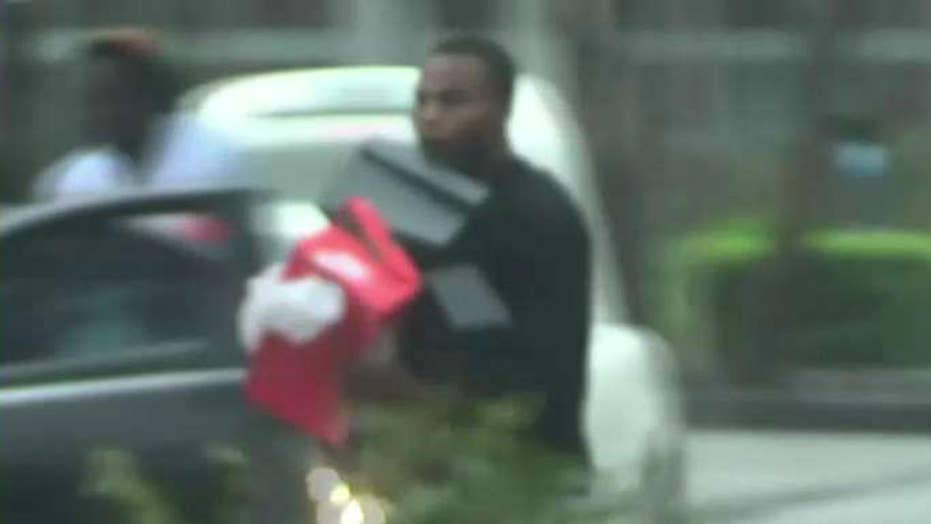 Authorities in Florida warned residents that "going to prison over a pair of sneakers is a fairly bad life choice" following a series of burglary arrests as Hurricane Irma was slamming the state with heavy rains and winds.

Police in Fort Lauderdale said nine were arrested in connection to a sportswear store burglary. The group, which was filmed by a local news staton, allegedly stole sneakers.

Police Chief Rick Maglione warned people in the statement that “Going to prison over a pair of sneakers is a fairly bad life choice” and residents should instead “Stay home and look after your loved ones and be thankful they are all safe.”

The Miami-Dade Police Department also said on Twitter that there were 28 arrests for looting.

Police departments across the state warned residents for days ahead of Hurricane Irma's landfall not to loot.

Similar warnings were issued by other police departments across the state. “Any looters who come to Pembroke Pines will be greeted by our officers. Choose wisely and stay home,” wrote the Pembroke Pines Police Department.

The Broward County Sheriff’s Office, meanwhile, wrote: “ATTENTION LOOTERS; Every incident will be investigated. Evidence collected will be used to pursue charges after the fact.”

Alfred Cummings was charged in the burglary of an unoccupied structure. (BCS)

The warning came hours after a Broward deputy shot a 17-year-old burglary suspect in Weston, Fla. The out-of-town homeowners spotted a burglary in progress on their home security cameras and called the Broward Sheriff’s Office, authorities said.

Dylan Lemon of Weston was shot outside the home about 3 a.m. Sunday, officials said. He went to the hospital with a non-life-threatening gunshot wound. He and his alleged accomplice Jean Coello, 17, also of Weston, were charged with burglary and grand theft.

Meanwhile, police in Stuart, a town in Martin County, tweeted a mugshot alongside a photo of a box of sunglasses, and said Michael Woods was arrested after stealing the sunglasses from a shop in town.

Woods was arrested, confessed to his crime and returned the stolen shades to law enforcement.