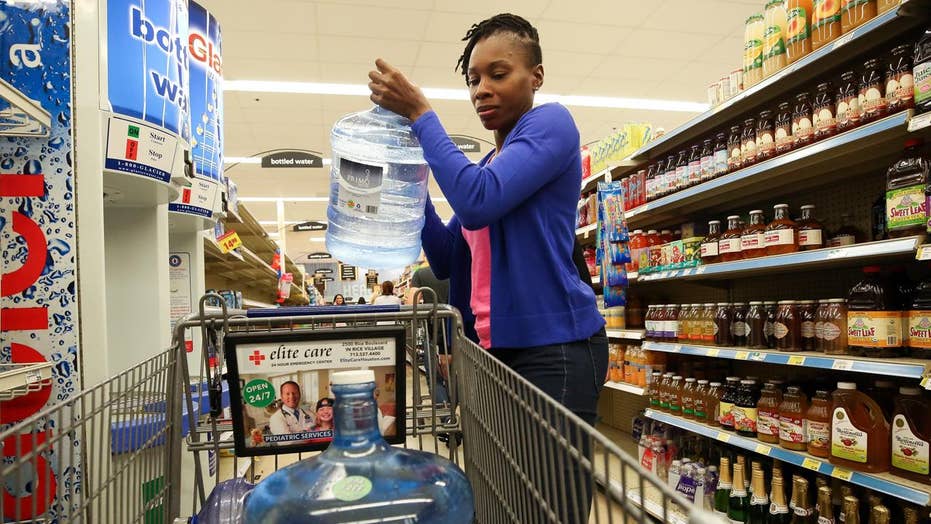 Hurricane Harvey was upgraded to a Category 4 on Friday and is headed toward Texas.

With a storm of that potential magnitude expected, it’s important to know Hurricane Harvey’s path.

Where is Hurricane Harvey today?

Harvey was approximately 115 miles southeast of Corpus Christi forecasters said Friday morning. NHC spokesman Dennis Feltgen said that the storm is headed toward the middle Texas coastline at about 10 mph.

The storm’s maximum sustained winds were 110 mph Friday morning, according to the advisory.

When will the hurricane make landfall?

The storm is predicted to make landfall “very late Friday to early Saturday morning,” Feltgen said, adding that there’s no way to determine the exact time.

The NHC said Thursday that the storm will make landfall on the Texas coast.

Harvey will “be hanging inland over Texas” on Sunday and Monday, Feltgen said, with rains and “blustering winds” continuing.

Speaking Thursday, Fox News' Senior Meteorologist Janice Dean said, “We haven’t had a major hurricane (cat 3 or higher) hit the U.S. since Wilma in 2005. Texas hasn’t had a hurricane make landfall since 2008, and the fact that this storm is expected to slow down and potentially bring epic floods to the coast from Louisiana to Texas is just dire.”

“Harvey is expected to produce total rain accumulations of 12 to 20 inches and isolated maximum amounts of 30 inches over the middle and upper Texas coast through next Wednesday,” the NHC advisory warned.

Feltgen also said that the storm isn’t a “dot on the map,” and there’s a “lot of impact” over a large area.

He gave an example that someone seeing a “skinny black line” showing the hurricane’s path over Corpus Christi, but who doesn’t live immediately in the city and thinks the storm wouldn’t affect them, would be wrong.