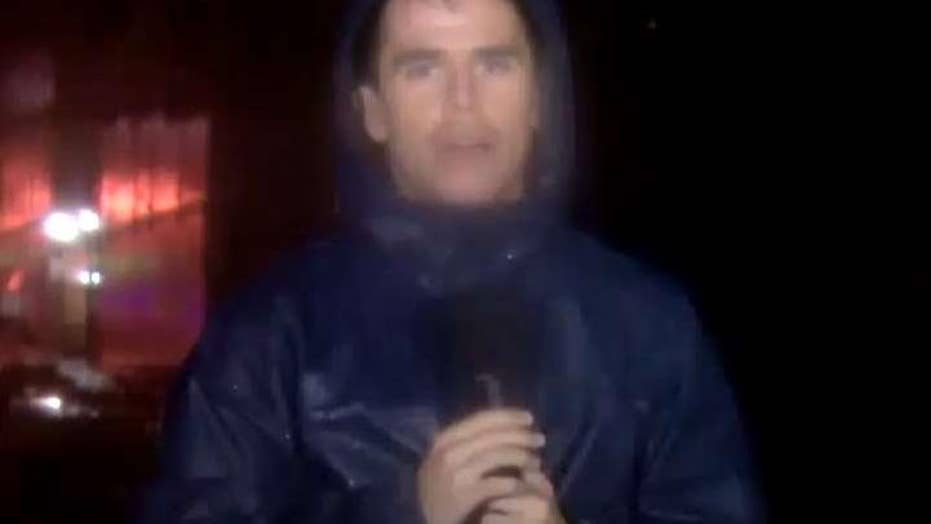 Hurricane Florence made landfall Friday morning, darkening the sky -- and many of the homes -- in the Carolinas.

State utilities in South Carolina reported more than 32,000 people were without power, according to The Post and Courier. Horry County was hit the hardest as Florence blasted the area, the newspaper reported.

About 3 million Duke Energy customers could lose power in the Carolinas, the utility told Fox News. Duke Energy represents about 75 percent of customers in the region.

The company has enlisted more than 10,000 employees, including 1,700 workers from the Midwest and 1,200 from Florida to help in the relief efforts to get the power turned back on as quickly as possible.

Florence was downgraded to a Category 1 hurricane as it made landfall near Wrightsville Beach, North Carolina. However, officials warned storm surge could potentially cause “catastrophic” damage.