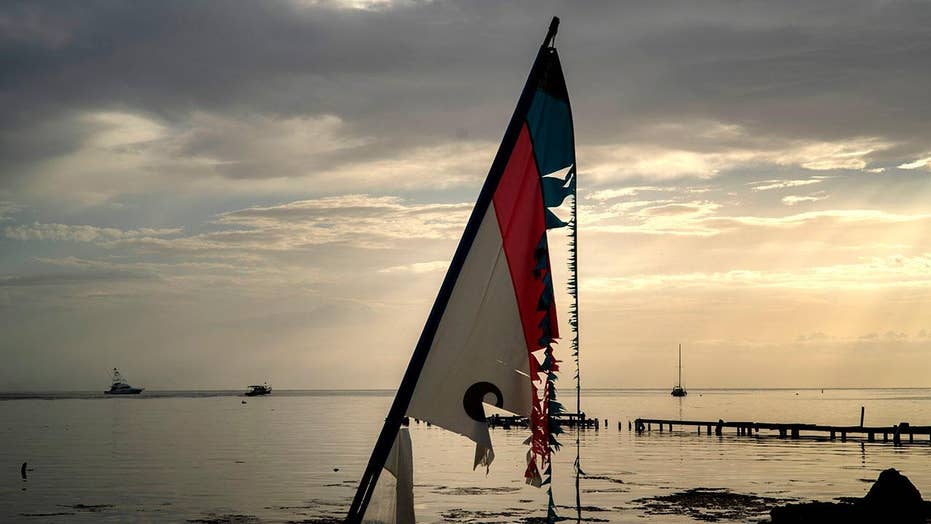 The potential impact of Hurricane Dorian

Hurricane Dorian is moving through the Caribbean and is expected to bring heavy rains to the Bahamas, Florida and the southeast U.S. by this coming weekend, the National Weather Service said, urging people in its potential path to start preparing.

Dorian is currently sustaining winds at about 80 miles per hour and is moving northwest at 13 miles per hour, the National Hurricane Center said. Forecasters have warned the Category 1 hurricane could grow in strength to a major Category 3 storm before potential Florida landfall.

The National Hurricane Center said Dorian was still moving away from Puerto Rico and the Virgin Islands on Wednesday night as of 8 p.m. ET, and hurricane warnings and watches for those areas were discontinued. The storm is still expected to strengthen into a powerful hurricane in the Atlantic over the next few days.

While not much damage has been seen in the Caribbean, an 80-year-old man in Bayamon, Puerto Rico, died Wednesday after falling from his roof while cleaning debris ahead of the storm, police said.

Florida Gov. Ron DeSantis declared a state of emergency for the entire state of Florida on Thursday afternoon.

"It’s important for Floridians on the East Coast to monitor this storm closely," DeSantis said on Wednesday when he initially declared an emergency for counties that could be in the storm's path.

Now all 67 counties in Florida are under a state of emergency.

"Every Florida resident should have seven days of supplies, including food, water and medicine, and should have a plan in case of disaster," he said. "I will continue to monitor Hurricane Dorian closely with emergency management officials. The state stands ready to support all counties along the coast as they prepare."

President Trump announced he would not travel to Poland this weekend in order to stay in the U.S. and oversee the hurricane response, saying Vice President Mike Pence would go in his place.

"It's important for me to be here," the president said Thursday at a White House event for the Space Force.

President Trump approved an emergency declaration in the U.S. Virgin Islands on Wednesday night. The president had declared a state of emergency in Puerto Rico on Tuesday ahead of the storm’s expected arrival.

"The President’s action authorizes the Department of Homeland Security, Federal Emergency Management Agency (FEMA), to coordinate all disaster relief efforts which have the purpose of alleviating the hardship and suffering caused by the emergency on the local population, and to provide appropriate assistance for required emergency measures," the White House said.

“We are tracking closely tropical storm Dorian as it heads, as usual, to Puerto Rico. FEMA and all others are ready, and will do a great job,” Trump tweeted Tuesday.

"As of early this morning [Wednesday], Dorian was only supposed to be a weak tropical storm. It's now just finished passing us with max winds of more than 100 miles per hour. I'm checking on my boat right now. There definitely are sunken boats around. None of us expected this," private charter boat owner Scott Schroeder told Fox News.

"It's been a long day and a lotta work. Several trees were downed," he said.

A hotel worker near Point Pleasant Resort said he spent most of the night "mopping up everything."

Video from a boat that was in the water at the time showed rough conditions.

The National Weather Service said Dorian is “threatening Florida and the risk is increasing.”

DORIAN BECOMES HURRICANE NEAR US VIRGIN ISLANDS, MAY THREATEN FLORIDA AS CATEGORY 3 STORM

Southwest Airlines and Allegiant Airlines had issued travel waivers as of 5:45 p.m. ET.

Southwest issued alerts for airports in Orlando, Fort Lauderdale and West Palm Beach, and Allegiant is offering waivers for those flying through Sanford, Jacksonville and Fort Lauderdale. All major carriers in the Caribbean, including San Juan, have travel waivers in effect, except for Alaska Airlines.

No flights have been canceled yet.