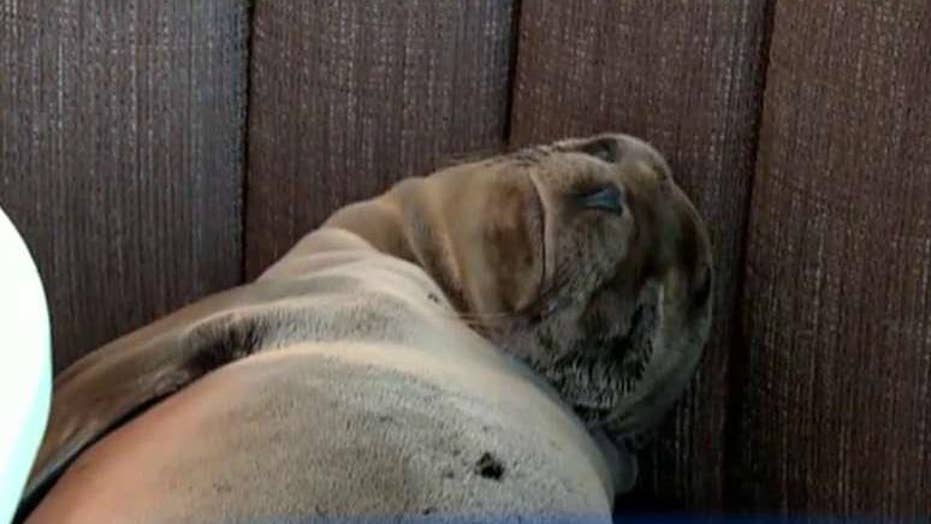 Sea lion seats herself in restaurant

SAN DIEGO – A starving sea lion has been rescued after finding its way into the booth of a fancy San Diego restaurant.

Experts at SeaWorld were called Thursday morning to The Marine Room, an oceanfront restaurant in La Jolla.

Rescuers found an 8-month-old female pup asleep in a dining booth. The pup was severely underweight and dehydrated.

The pup was taken to SeaWorld's Animal Rescue Center, and experts are cautiously optimistic about her recovery.

There's been a surge in sea lion mortality over the past year, with marine biologists collecting thousands of sick, starving, stranded or dead pups. So far this year, SeaWorld has rescued 47 sea lions and other marine mammals.