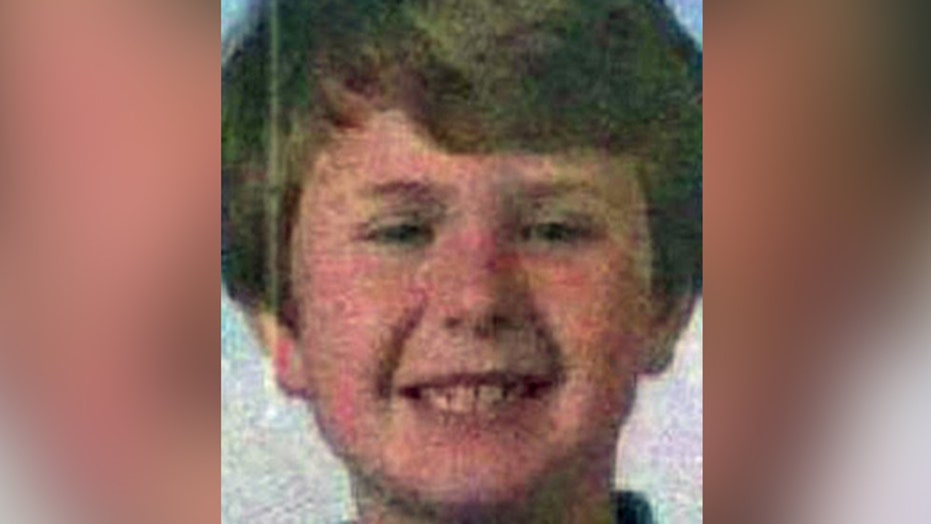 Hundreds of federal agents are scouring the Idaho wilderness after missing California 16-year-old Hannah Anderson and her suspected abductor, 40-year-old James Lee DiMaggio, were possibly spotted in the area.

The approximately 150 federal agents joined roughly 100 law enforcement officers from the U.S. Marshal's Service, Idaho State Police, Valley and Ada County sheriff's offices, the San Diego Sheriff's Department and other agencies in the search after a group of horseback riders told authorities they may have spotted the duo. DiMaggio's car was found parked at a trail head near Cascade, Idaho, on Friday.

Also Friday, sheriff's officials announced that the child's body found in DeMaggio's burning house has been identified as the teen's 8-year-old brother, Ethan. The body of the girl's mother, Christina Anderson, 44, of Lakeside, Calif., had already been found in the home Sunday.

Investigators believe that after killing Christine and Ethan Anderson, DiMaggio set fire to his log cabin and detached garage and fled with Hannah Anderson in tow.

As the week went on, the manhunt expanded to Washington, Nevada, British Columbia and Mexico's Baja California. As tips poured in from up and down the coast, police cautioned that with Amber Alerts issued in five states for the car, DiMaggio may abandon the car and leave it rigged with explosives.

The horseback riders told authorities Friday they may have met up with DiMaggio and the teen, who appeared to be unharmed and with a backpack. They said were not aware of the manhunt until they went home and saw the news.

The car, whose license plates were missing, but whose vehicle identification number has been matched to DiMaggio's, was found covered in brush about six miles from where the horseback riders met the pair, San Diego Sheriff Bill Gore said.

"As far as we know, it did not appear as though she's being held against her will," Gore said.

A friend of Hannah Anderson claimed the girl was "creeped out" by a crush the suspect had on her. The friend said DiMaggio explained that he didn't want the girls to think he was weird in an effort to defend himself after noticing he and the teen exchanged glances. She said he spoke while driving them home from a high school gymnastics meet a couple months ago.

A neighbor also told Fox5SanDiego.com that Hannah was afraid of DiMaggio and did not want to be around him anymore, but 'she didn't know how to tell anyone.'

"She's strong, she will make it through this," the neighbor said. "She’s smart and I pray to God, she’s just playing into whatever he's doing," she said. “I know she’ll get away. I can feel it – she will come home."

The children's father pleaded with DiMaggio Thursday on 'Fox and Friends' to release his daughter and turn himself in. He told his daughter to run if she has the chance.

Investigators say they have no evidence that the relationship between DiMaggio and the missing girl was more than friendly.