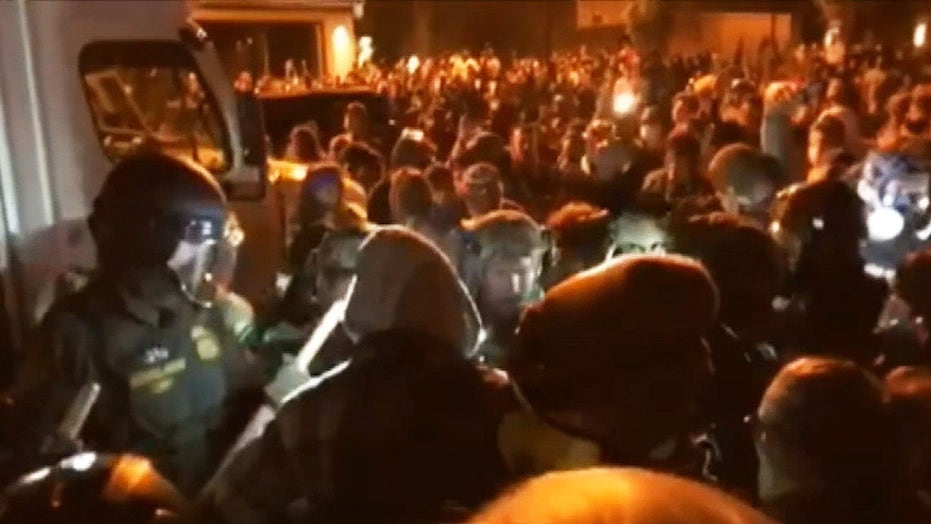 Federal agents in Bend, Ore., clashed with hundreds of protesters late Wednesday night after an hourslong standoff sparked by the arrest of two men by U.S. Immigration and Customs Enforcement officers, who said they were a "threat to the public."

Bend's episode, which is about a three-hour drive from Portland, was the latest in tensions among protesters, local police and federal agents.

"I’ve never been so disgusted by my government and so proud of my community," Deschutes County District Attorney John Hummel, who attended the protest, wrote on Twitter.

The protest spanned hours, as two unmarked ICE buses were blocked by protesters who apparently witnessed the arrests.

Shortly before midnight, federal agents removed the two detained men from a bus and left the scene. The protesters also dispersed, according to an Oregon Public Broadcasting reporter.

"It appears the Federal Agents have left the area," Bend police wrote on Twitter. "The attendees of the first amendment event appear to have [dispersed] peacefully." 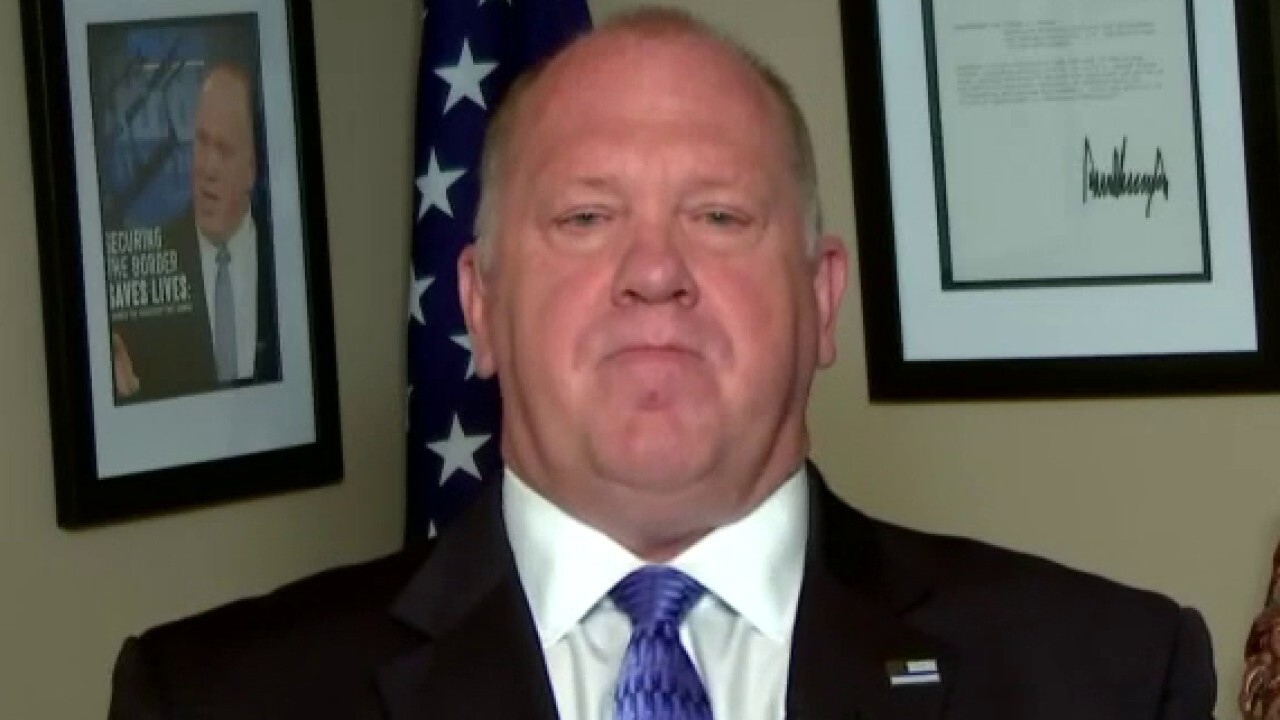 Bend police said it had been made aware ICE agents were in the city conducting an investigation but were not given details, the department said in a statement.

“The Bend Police are not involved with ICE operations,” the statement said. “We do not use funds or personnel or equipment to enforce federal immigration laws or to detain people based on immigration status…We are on scene to allow free speech and a peaceful area to assemble and to provide life safety support.”

Protest organizers asked participants not to vandalize the buses, and after one person wrote on a bus another person cleaned it off, according to an OPB reporter. A speaker also told protesters to "take a knee" when federal agents arrive instead of leaving.

A reporter at the scene said federal agents used pepper spray at least once. There were no reports of violence.

“The law enforcement activity in Bend, Oregon is part of U.S. Immigration and Customs Enforcement’s mission to arrest criminal aliens presenting a danger to public safety and take them off the street," a statement acting DHS Deputy Secretary Ken Cucinelli posted to Twitter read. "The two individuals arrested each had a history of criminal violent behavior."

"While ICE respects the rights of people to voice their opinion peacefully, that does not include illegally interfering with their federal law enforcement duties," it said. "ICE will take all necessary measures to ensure the safety of its officers and detainees, and will vigorously pursue prosecution against anyone who puts them in harm’s way.”

Bend Mayor Sally Russell wrote on Twitter she had been told that both detained men had warrants out for their arrest and it wasn’t a “sweep for undocumented immigrants.”

She added that she doesn’t support ICE. “I am very worried for everyone in our community, and especially our Latinx community,” Rusell wrote. “ICE is a Federal agency and frustratingly we have no power over the Executive Branch of our country.”

Newly sworn-in Bend Police Chief Mike Krantz said in a news conference earlier that local police were there only to protect protesters and were not assisting ICE. Police stepped back when federal agents arrived.

"We want to ensure community members present are safe," the department said in a statement Wednesday evening, advising that federal agents were heading to the area to disperse the crowd. "Please move to sidewalks, or leave the area."

Central Oregon Peacekeepers President Luke Richter told KTVZ earlier they would remain there until they saw the arrest warrants.

"If they're going to take people from a sanctuary city, they need to have proper documentation of that,” he said. “We have not seen any warrants for their arrest."

Those who know the detainees said the men have lived there for years, according to KTVZ-TV.

The protest movement to abolish ICE has picked up steam lately along with anti-police demonstrations. Rep. Alexandria Ocasio-Cortez, D-N.Y., who supports getting rid of the agency, wrote in a tweet late last month, "Abolishing ICE isn’t a radical thing to do, it’s a humane thing to do."