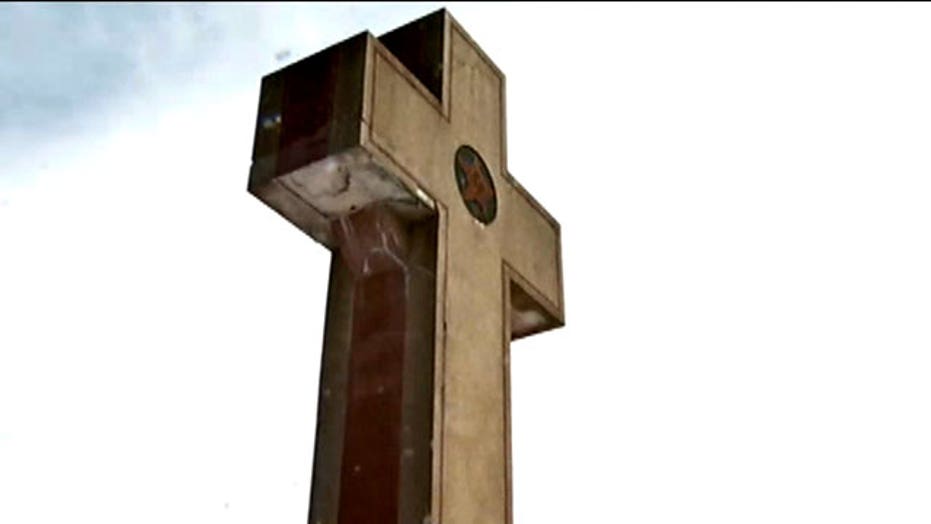 Lawsuit targets landmark for being 'Christian'

A humanist advocacy group has filed a federal lawsuit to remove a cross-shaped World War I memorial in Prince George's County, alleging the display violates the First Amendment.

The American Humanist Association says it does not object to the fact that the Bladensburg Cross memorializes soldiers, but rather the placement of the Christian symbol on property owned by a government agency, The Daily Record reported.

"We are certainly recommending coming up with a monument inclusive of all religious groups," said Monica Miller, a lawyer with the association's Appignani Humanist Legal Center.

In 2012, the group sent a letter to the Maryland-National Capital Park and Planning Commission demanding that the cross be removed from the war memorial. The group said it would have no objection if the cross was on private land, MyFoxDC.com reported.

John Moss, the town's administrator, said the Bladensburg Cross is not endorsing any faith.

"The cross memorializes our veterans," he told The Daily Record. "It was never meant to be a religious icon."

The 40-foot-tall concrete memorial was erected in 1925 by the American Legion to commemorate the 49 men of Prince George's County who died during World War I.

The monument was initially owned by the state but was deeded in 1960 to the commission, which administers regional parks in Montgomery and Prince George's counties. The monument was restored and rededicated in 1965, according to The Daily Record.

According to the report, the lawsuit names as plaintiffs two local American Humanist Association members and a third individual -- each of whom had "unwelcome contact" with the monument.

Steven Lowe, a plaintiff from Washington, said was "shocked" when he first saw the cross and is "upset" whenever he passes it, according to the complaint obtained by the newspaper.

Moss, the town administrator, told The Daily Record this is the first time a lawsuit has been filed to remove the Bladensburg Cross. He said the memorial has "historic and patriotic" value.

"There are community members that would be disturbed if the cross were removed," he said.