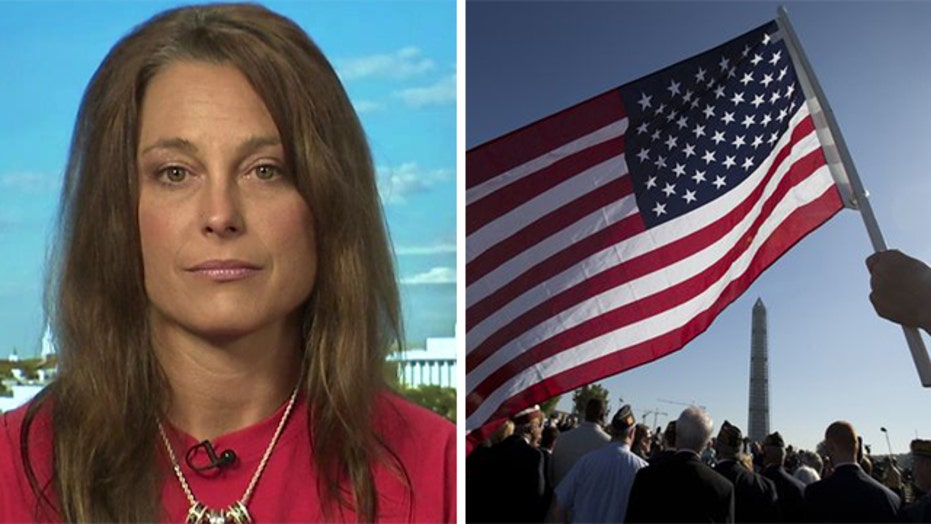 Valdosta State University found itself mired in controversy when Air Force veteran Michelle Manhart took an American flag away from a group of student protesters trampling on it. The university fueled the furor when it sided with the students, saying they had a constitutional right to trample the flag in a protest over racism.

Manhart was among the participants in the 90-minute afternoon rally, which took place after Valdosta canceled classes.

The possibility of large numbers of people rallying on the outskirts of campus prompted the university to give students and staff the day off.

"That level of traffic and that many people will disrupt a lot of things in the city," university spokesman Andy Clark said. "We're, from an overall safety perspective, looking to close the campus down today so they can have a peaceful rally."

Manhart said she took action to prevent the flag from being desecrated. Her confrontation with the students was caught on video and went viral.

The trespass warning against her bans her from all university activities, including graduation and football games. She is not a student.

Manhart, who once posed for Playboy, told Fox & Friends before the rally that she hopes the school lets her back on campus.

She said the students were wrong.

“To me it’s just a complete disrespect, to not only the men and women that are out there fighting for it but their freedom as a whole,” she said. “In my opinion they don’t have any respect for what they’ve been given and I just don’t think that’s right.”

Organizers of the "Flags Over Valdosta" rally said they expected as many as 4,000 people.

Tensions remained high this week after campus police found a backpack containing a handgun. Police said they traced the gun to a protester who was part of the flag-walking demonstration.

They issued a warrant for Eric Sheppard's arrest on charges of bringing a firearm onto a college campus. Sheppard fled and has not been found by authorities.

His father showed up on campus Thursday issued an appeal for his return.