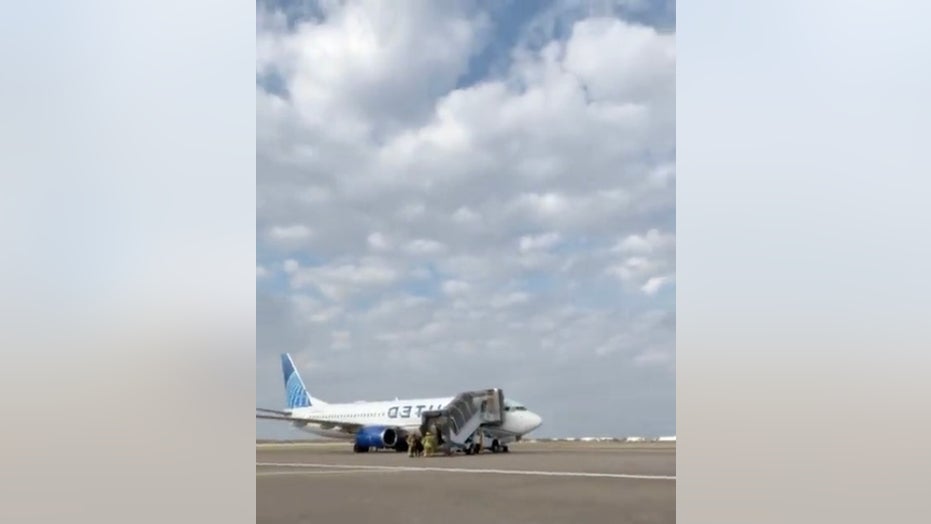 A Houston-bound United Airlines flight was diverted to Austin, Texas on Friday over a mechanical issue that left passengers on the tarmac as first responders arrived, one passenger said.

"United flight 2425 from Orange County, California to Houston diverted to Austin out of an abundance of caution for a mechanical issue," the airline told Fox News in a statement. "The plane landed safely, passengers deplaned on the airfield and were transported to the terminal. We have assigned a new plane to continue the flight to Houston."

Dillon Nathaniel, a DJ who was traveling to Houston for a connection for a gig in Dallas, told Fox News he was working on his computer when the flight crew made an announcement about a possible emergency.

"The public announcement system came on and said that there was an explosion in the cargo and there could or may not be a fire," he said as he was in Austin trying to collect his bag. "You could feel the plane start to pick up in speed."

"Everyone was terrified," he added. "The flight attendants tried to keep everyone as calm as possible."

Upon landing, the passengers were told to leave their bags and get off the plane, Nathaniel said. They stood on the tarmac for close to an hour in the cold before shuttle buses arrived, he said.

A video he posted to Twitter shows passengers on the tarmac a good distance away from the aircraft. No one was injured.

Nathaniel, 28, said he is a platinum member of United but had to purchase another flight to Dallas so he could make his set, which is slated to start at midnight at Stereo Live concert hall, he said.

The airline said there was no indication of an explosion and it plans to conduct a full inspection of the aircraft.